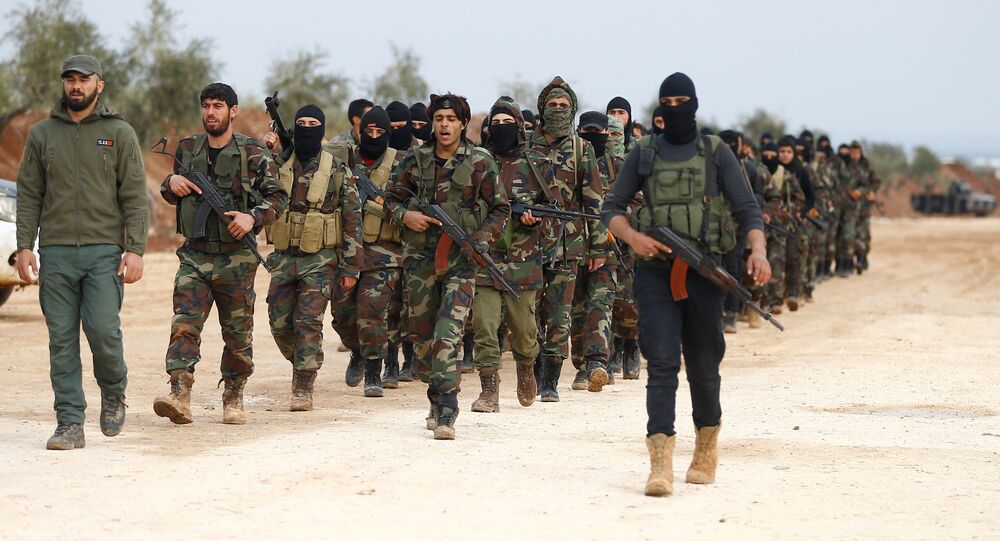 With ‘Support of the Turkish People,’ Ankara Vows Larger Offensive in Syria

The Turkish-led assault on Kurdish People’s Protection Units (YPG) positions in Afrin, Syria, is going to expand in scope to include an offensive on the town of Manbij, where US military personnel are stationed, Turkish President Recep Tayyip Erdogan said this week.

"With the Olive Branch operation, we have once again thwarted the game of those sneaky forces whose interests in the region are different," Erdogan told provincial leaders Wednesday in Ankara. "Starting in Manbij, we will continue to thwart their game."

Of course, the Turkish military operation has been anything but an "olive branch" carrying an offer of peace. By the fifth day of the operation, Wednesday, the civilian death toll in Syria's Afrin climbed to 35.

Turkey has alleged that Syrian Kurds in Afrin with the (YPG) are linked with the Kurdistan Worker's Party (PKK) in Turkey and Iraq, which Ankara and NATO list as a terrorist group.
Ultimately, Erdogan's renewed battle effort in Syria is in support of the "overriding goal" of securing Turkey's southern border with Syria and Iraq, Peter Ford, former UK ambassador to Syria, told Loud & Clear hosts Brian Becker and John Kiriakou Friday.

​"The Turkish government, by and large, has most of the support of the Turkish people" in pursuing this aim, Ford noted.

The tense situation of Turkish forces opening a new offensive against Kurds in Afrin last week, combined with a now-imminent maneuver to advance on Manbij, calls into question how strong ties are between Turkey and the US, two NATO military allies.

"The Kurds are an important check on the kind of radicalism that Turkey has been pushing at all costs in Syria for the sake of regime change," Max Abrahms of the Council on Foreign Relations told the Defense Post on Friday. "The Kurds have been our main anti-ISIS fighting force on the ground in Syria, whereas Turkey has been the biggest state sponsor of ISIS," or Daesh, "serving as the jihadi super-highway for foreign fighters to get in and out of Syria, not to mention other Salafi jihadist fighters from al-Qaeda and friends."

Still, some experts are skeptical about how well Turkish forces will be able to carry out an operation to oust Kurds from Manbij. "The presence of Russian and US forces in the area of Manbij inhibits Turkey's freedom of action. Turkey does not want to get into a shooting match with Russia and the United States over Manbij, which could have greater consequences for Turkey beyond Syria," Nicholas Heras, fellow at the Center for a New American Security, said Friday.