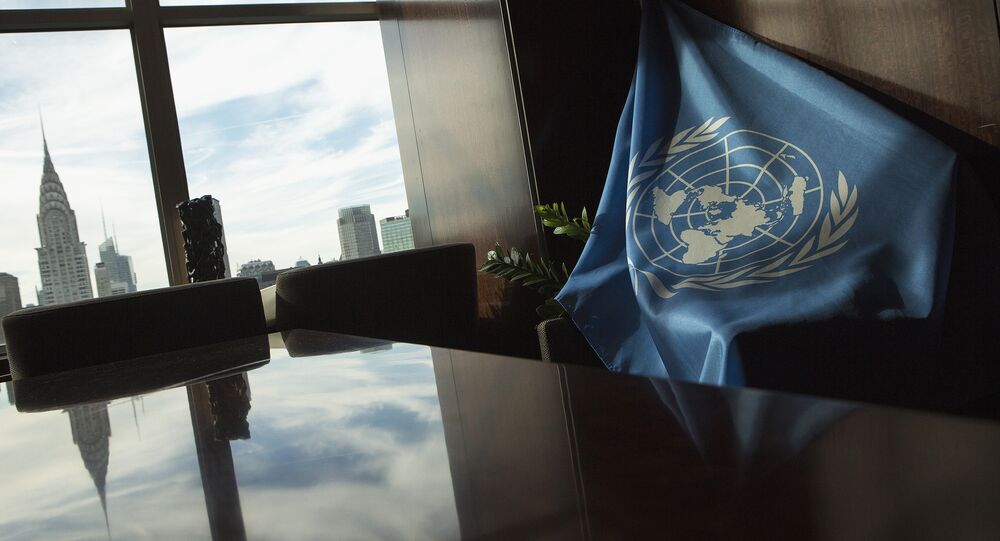 VIENNA (Sputnik) - The document presented by the group of five - the United States, France, Saudi Arabia, Jordan, and the United Kingdom - to the UN Syria envoy on reviving the Syrian negotiations violates the Syrian people's right to self-determination, and contradicts the UN SC resolution 2254, the Moscow platform of the Syrian opposition said.

Earlier in the day, the document coordinated at a recent meeting in Paris was leaked to media. It reportedly contains some recommendations to UN Syria envoy Staffan de Mistura on how to change the intra-Syrian talks under the UN auspices in order to facilitate the process.

"The non-paper presented by a group of five States (USA, UK, France, Saudi Arabia and Jordan) constitutes a direct and serious violation of the right of the Syrian people to self-determination, as well as a violation of resolution 2254 in several points," the statement obtained by Sputnik said.

According to the statement, the document determines in advance the future of Syria as a state when it comes to the nature of the parliament and the powers of the president.

© AP Photo / Hassan Ammar
Quiz Time! Syrian Conflict and Political Statements
The Moscow platform also noted that the paper wrongly gave to the United Nations a mandate to finalize the election process rather than empowering the international organization with supervisory powers.

"According to the non-paper, the United Nations would be able to: appoint the supreme body that leads the elections, intervene in the drafting of electoral laws, take part in making executive decisions of what the non-paper called "electoral management body" (EMB), and certify the final results," according to the statement.

Earlier in the day, head of the Syrian government delegation Bashar Jaafari said that Damascus would not accept the paper as it undermines the Geneva process and Syrian National Dialogue Congress in Sochi.

In December 2015, the UN Security Council adopted resolution 2254, which endorsed map for a peace process in Syria helped to launch the UN-facilitated talks between the Syrian government and opposition groups. The resolution, among other things, prescribes holding free and fair election in Syria and creation of new constitution.