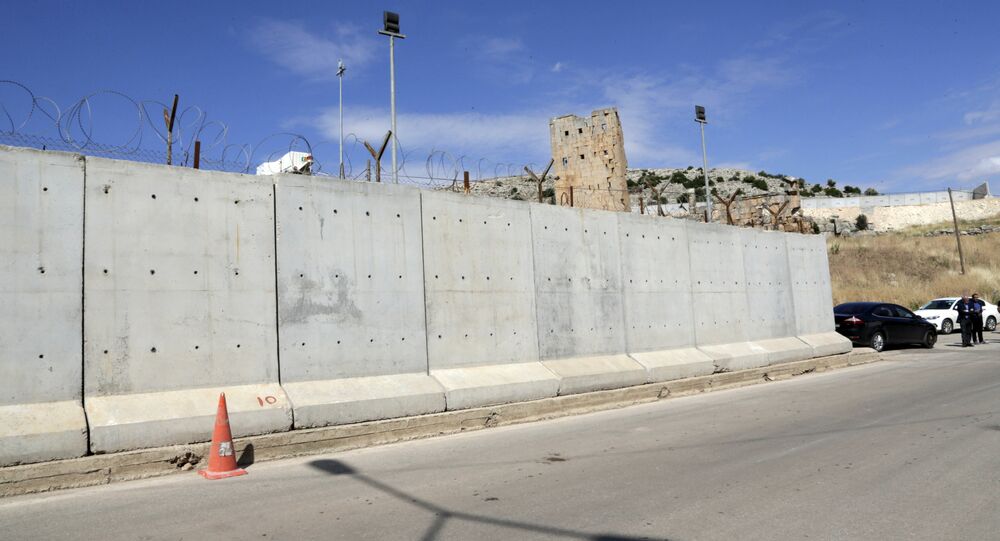 Earlier on in the day, Reyhanli municipal authorities reported about one killed and 32 injured people in the rocket shelling from Syria.

"PYD terrorists [Syria's Kurdish Democratic Union Party] fired 11 rockets, including nine rockets, which hit the territory of Reyhanli. As a result of the rocket shelling 47 people were injured, including 30 nationals of Turkey and 17 Syrians. All of them were transferred to local hospitals. One Syrian citizen was killed, four people continue treatment in hospitals, 42 were discharged," the administration of Hatay province said in a statement.

© Sputnik / Hikmet Durgun
Afrin Terrified by Turkish Air Force Attacks
According to the authorities of Kilis, the city was also subjected to a rocket shelling from Afrin. At least four rockets hit the city injuring seven people.

On Saturday, the Turkish Armed Forces launched an operation dubbed Olive Branch against the Kurdish forces in Afrin district. The operation started at 14:00 GMT and a total of 72 Turkish aircraft conducted airstrikes in Afrin. On Sunday, Turkish Prime Minister Binali Yildirim confirmed the start of the ground operation in the region.

The Syrian government has firmly condemned Turkey's offensive against Afrin, which is an integral part of Syria.