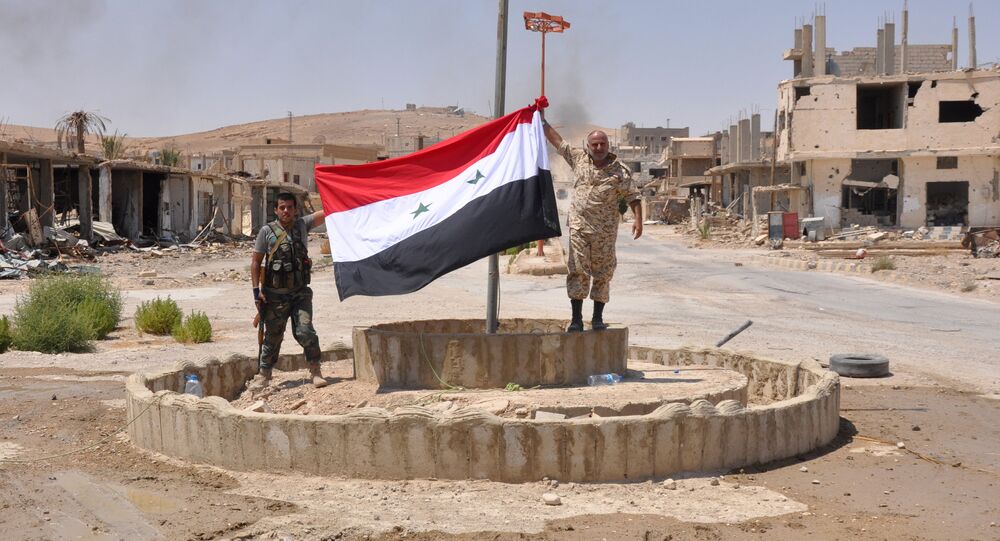 The Syrian Foreign Ministry has slammed Washington's intention to form a 30,000-strong force inside the country with the proclaimed goal of maintaining security along its borders. The Syrian Army is poised to put an end to any form of US presence in the country, a Syrian foreign ministry source said, according to state TV.

Syria has condemned Washington's announcement of the formation of an armed militia in the northeast of the country, and regards this move a “blatant aggression on the sovereignty and territorial integrity of Syria and a flagrant violation of international law,” the foreign ministry said, as quoted by SANA.

Col. Thomas Veale, public affairs officer of the US-led coalition fighting against Daesh, said in an interview with The Defense Post news outlet that the coalition, supported by the Kurdish-led Syrian Defense Force (SDF), was working to establish a 30,000-strong force to maintain security along Syria's borders. The statement prompted Ankara's threats to launch an offensive in Kurdish-controlled Afrin in the country's north to purge terror from Turkey's southern borders.

READ MORE: Russia May 'Undertake Measures' After US Decision on Border Force in Syria

The United States-led international coalition has been operating in Syria since 2014, conducting airstrikes and establishing military bases without either UN endorsement or with Damascus' agreement. Syria has repeatedly spoken against the coalition's unauthorized presence as aggression against its integrity and statehood. The coalition's actions have led to civilian casualties.