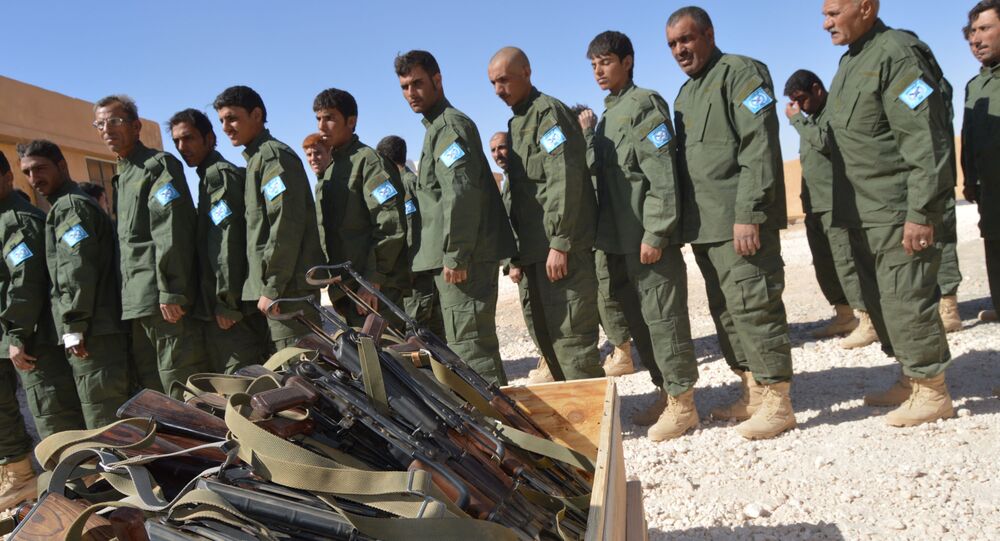 MOSCOW (Sputnik) - Russia and its partners will undertake measures as a response to the US-led coalition's decision to create the so-called "Border Security Force" on the Syrian territory controlled by the Syrian Democratic Forces militia, Chairman of the Defense Committee of Russia’s State Duma Vladimir Shamanov told Sputnik on Sunday.

On Saturday, the Defense Post news website published an article, in which the spokesman of the US-led coalition fighting against the Islamic State (Daesh) terrorist group said that the coalition was engaged in a training of a 30,000-strong force on the territory within Syria currently controlled by SDF to maintain security in controlled area along the Syrian border.

"[Such a behavior by the US-led coalition] stands in direct confrontation [with Russia’s interests], and we and our colleagues will certainly undertake certain measures on stabilization of the situation in Syria," Shamanov said when asked whether such actions of the US-led coalition intersected with the interests of Russia in Syria.

© CC0 / Pixabay
Turkey Condemns US Plans to Create 'Border Security Force' in Syria
The United States has been leading a coalition of more than 70 nations aimed at defeating Daesh operating in Iraq and Syria since 2014. The activities of the coalition in Syria are authorized neither by the UN Security Council nor by Damascus.

Turkey has already reacted to the reported US plans to create the "Border Defense Forces". Turkish President Recep Tayyip Erdogan's representative Ibrahim Kalin stated that such move is unacceptable and "worrying." Later, the Turkish Foreign Ministry has issued a statement condemning the plans of the United States to create the forces, also noting that the coalition did not hold consultations with Turkey about the creation of such forces.

'US Will Remain in Syria for Many Years' – Kurdish Party Representative