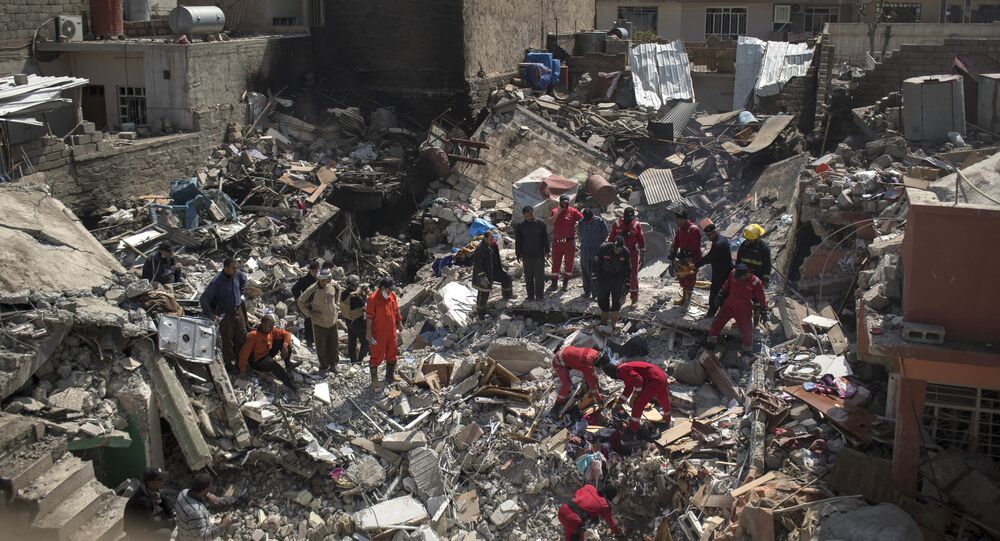 MOSCOW (Sputnik) - Russia has an important role in the restoration of Iraq and Russian companies could help with the investment process on the Iraqi market, Iraqi government spokesman Saad Hadithi told Sputnik.

"Russia is an important state in the international community and it has an active role in the preparation of the restoration of the stability [in Iraq] and the support of the Iraqi government's rebuilding efforts. Russian companies could also help with the investment process on the Iraqi market," Hadithi said.

The government's spokesman noted that the Russian companies could also participate in the conference of Iraq's sponsors, which is scheduled to take place in Kuwait on February 12-14. According to Hadithi, Iraq has discussed the list of participants with Kuwait, but the organizing country was the one sending out invitations.

The spokesman has told about an upcoming conference on the restoration, announced by Kuwaiti Deputy Foreign Minister Khaled Jarallah on January 9. The diplomat invited donor countries and international organizations to participate in the conference for assisting Iraq.

"This conference will be held on February 12-14… the invitation will be sent out to approximately 70 countries among the active members of the international community, the region, to countries which are interested in the Iraqi issue, restoring Iraq, and investing," Hadithi said.

High-level Iraqi officials will participate in the conference, Hadithi added. The government spokesman noted that Iraq's Ministry of Planning is in charge of carrying out preparations for the conference.

"It has sent to [the Kuwaiti authorities] everything related to Iraq's vision on restoration and stability in the future, Iraq's needs in construction and investment," Hadithi pointed out.

Iraq aims to come back to normal life, restoring the country's infrastructure after the years-long devastating war against terrorists from the Daesh group. The final defeat of militants has been announced by Iraqi Prime Minister Haider Abadi fairly recently, on December 9.

As a part of international support to the country, the World Bank has lately increased its financial aid to the country, approving additional $400-million assistance in addition to those $350 million of the Emergency Operation for Development Project approved in July 2015.