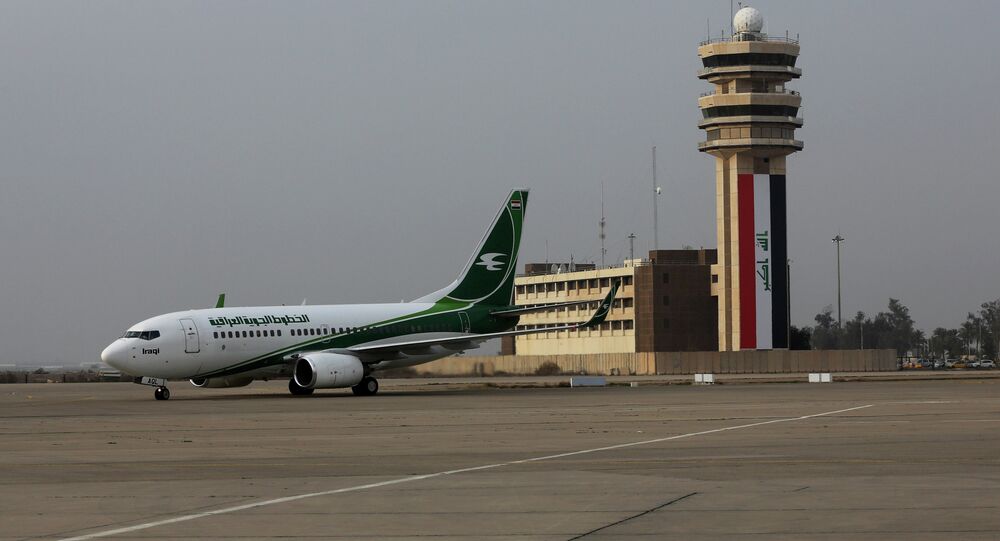 MOSCOW (Sputnik) – Iraqi Airways hopes to launch direct flights from Iraq to the Russian cities St. Petersburg and Sochi after the restoration of air traffic between the two states, the head of the newly-opened air carrier’s Moscow office told Sputnik on Monday.

"Of course, we would like to increase the number of flights to Russia… We will strive to launch flights from other Iraqi airports to the Russian ones, such as those in St. Petersburg and Sochi," Ali Abdali said.

© AP Photo / Ted S. Warren
Qatar Rejoices at 'Great Success' as Bahrain and UAE Relax Air Blockade
On Sunday, the company flew its first flight to Moscow in 13 years, bringing a delegation of the Iraqi transportation industry officials, headed by Transportation Minister Kazem Hammami, to Russia. Air traffic between Moscow and Iraq was suspended in 2004 over lack of security due to the instability in the Middle Eastern country.

On June 5 Bahrain, the United Arab Emirates, Egypt and Sudan, following Saudi Arabia's lead, severed diplomatic relations with Doha and refused entry to Qatari nationals. Moreover, the air blockade was also one of a number of measures introduced by Saudi Arabia amid allegations that Qatar was supporting terrorism.