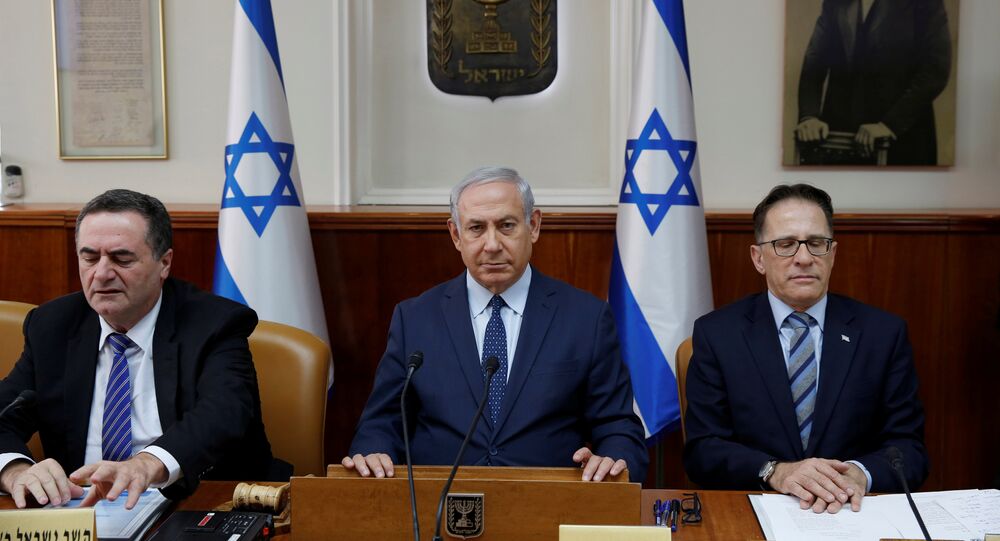 Israeli Prime Minister Netanyahu has described the United Nations Relief and Works Agency for Palestine Refugees in the Near East (UNRWA) as "an organization that perpetuates the Palestinian problem."

Speaking at a Cabinet meeting, Netanyahu said that he completely agrees with President Trump's "strong criticism" of the United Nations Relief and Works Agency for Palestine Refugees in the Near East (UNRWA).

The Israeli Prime Minister suggested that the funds for UNRWA should be "gradually transferred to the UN High Commissioner for Refugees," something that he claimed would help tackle "fictitious refugees."

Netanyahu warned against rendering aid to the "great-grandchildren of refugees, who are not refugees, but who are cared for by UNRWA." This is an absurd situation, according to him.

"UNRWA is an organization that perpetuates the problem of the Palestinian refugees. It also perpetuates the narrative of the so-called 'right of return' with the aim of eliminating the State of Israel, and therefore the UNRWA must disappear," he concluded.

Earlier this week, Hamas movement spokesman Fawzi Barhoum said that the threats made by Trump to halt assistance to UNRWA are just "cheap political extortion."

On Tuesday, Trump wrote on his Twitter page that Palestine was "no longer willing to talk peace" with Israel, and questioned the issue of giving "hundreds of millions" in aid payments to Palestine to force the warring parties to resume negotiations.