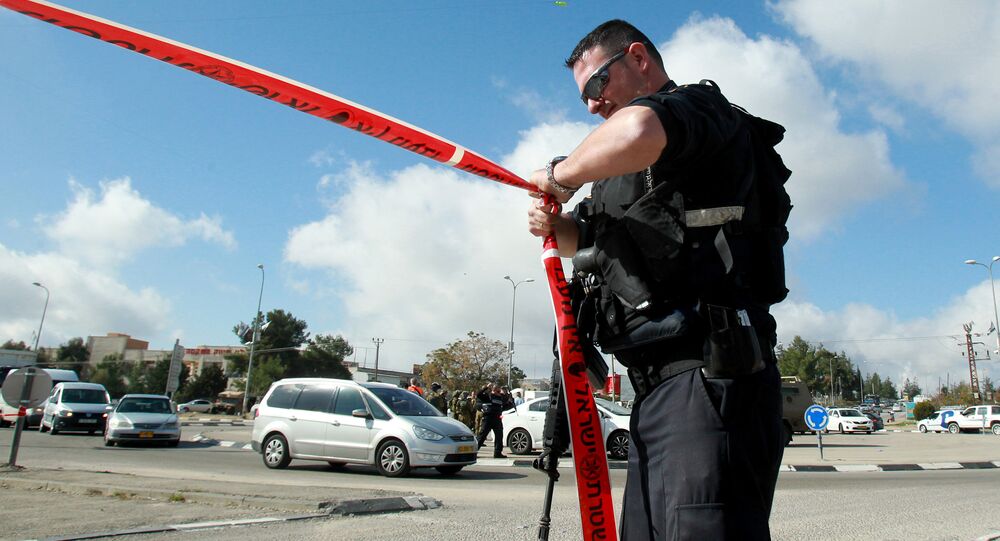 MOSCOW (Sputnik) – The Israeli authorities have detained 17 members of a radical group from the West Bank, who were preparing terrorist attacks on the country's territory, the Israeli Security Agency (ISA) said on Monday.

"Seventeen members of a terrorist cell in Judea and Samaria that had been plotting terror attacks on behalf of Gaza-based terrorist group Hamas, were detained in November 2017 during a joint operation of Shabak [ISA], Israeli police and army," the agency said in a statement.

According to the agency, the Hamas leadership in the Gaza strip has recently been "actively promoting terrorist attacks through members of the [radical] group" in the West Bank.

"The Israeli security services will continue their work on disrupting Hamas' attempts to carry out attacks in Israel and want to make it clear that Hamas in the Gaza Strip will be held responsible for any act of terrorism, carried out on its behalf," ISA stressed.

On December 31, 2017, the Israeli Air Force (IAF) hit Hamas movement's positions in the Gaza Strip in response to the rocket fire on December 29.