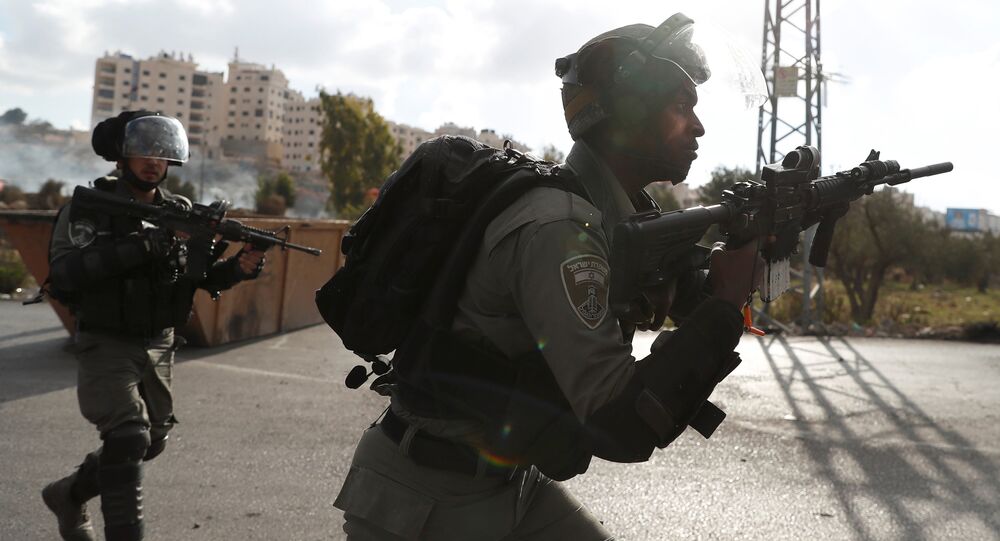 BAKU (Sputnik) - Turkey, Azerbaijan, and Iran have agreed to vote in favor of the resolution against the US decision to recognize Jerusalem as the capital of Israel, which will be discussed at the UN General Assembly (UNGA), Turkish Foreign Minister Mevlut Cavusoglu said Wednesday.

The foreign ministers of the three countries had a trilateral meeting in Baku, the capital of Azerbaijan, earlier in the day to discuss regional issues and security.

"We have discussed the situation around Jerusalem and the US decision. Azerbaijan, Iran and Turkey cannot accept this decision of Washington. Tomorrow, a resolution will be discussed at the UNGA, we have agreed to vote in favor of it," Cavusoglu said.

According to the minister, "the decision of the United States on Jerusalem is unacceptable and unfair", thus Turkey "will defend the rights of the Palestinians".

After the US vetoed the Egypt-drafted resolution on Jerusalem, abandoning legal force and validity of any decisions that change the status and demographic composition of Jerusalem and urging other states to ignore the actions that violate the relevant resolutions, Palestine has officially requested the 193-member United Nations General Assembly to hold an emergency special session on the issue.

The UNGA is set to consider the Jerusalem's status on Thursday, despite US Envoy to UN Nikki Haley's warning, quoted by the Reuters news agency, claiming that Washington would remember those who voted in favor of the resolution criticizing Washington's move.

"The president will be watching this vote carefully and has requested I report back on those countries who voted against us. We will take note of each and every vote on this issue," Haley wrote, cited by the agency.

Haley said Trump, who has recognized Jerusalem as Israel's capital, would "take this vote personally", adding that the president's decision on Jerusalem would not impact negotiations between Israel and Palestine and would facilitate the peace process.

The Israeli-Palestinian crisis has recently escalated after US President Donald Trump recognized Jerusalem as Israel's capital on December 6, triggering massive protests against the move in Muslim countries.