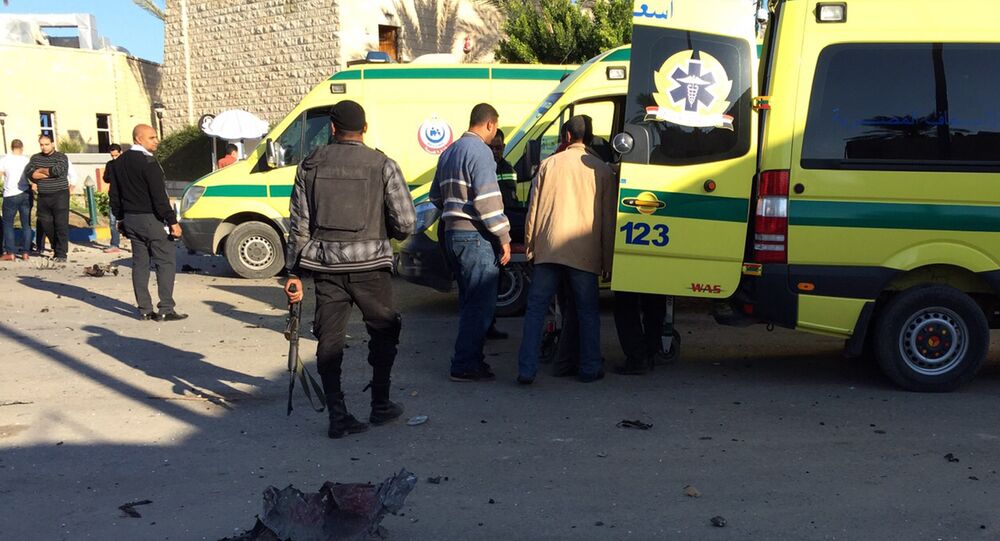 CAIRO (Sputnik) - Militants shelled the airport in the Egyptian city of el-Arish in North Sinai killing at least one officer and injuring two others, a spokesperson for the Egyptian Armed Forces said Tuesday.

According to the statement published on the Egyptian Armed Forces' Facebook page, a projectile exploded on the territory of the airport and damaged a helicopter.

The attack took place when the Egyptian interior and defense ministers were visiting the city.

The security situation on the Sinai Peninsula remains unstable as numerous extremist groups, which are sheltering in local hard-to-reach areas, continue staging attacks against Egyptian security forces and civilian objects.

In late November, a group of gunmen broke into a mosque near el-Arish during noon prayers, detonated an explosive device and then began shooting. According to the latest reports, over 30 people, including dozens of children died in the attack, thus making it the deadliest in the history of Egypt.