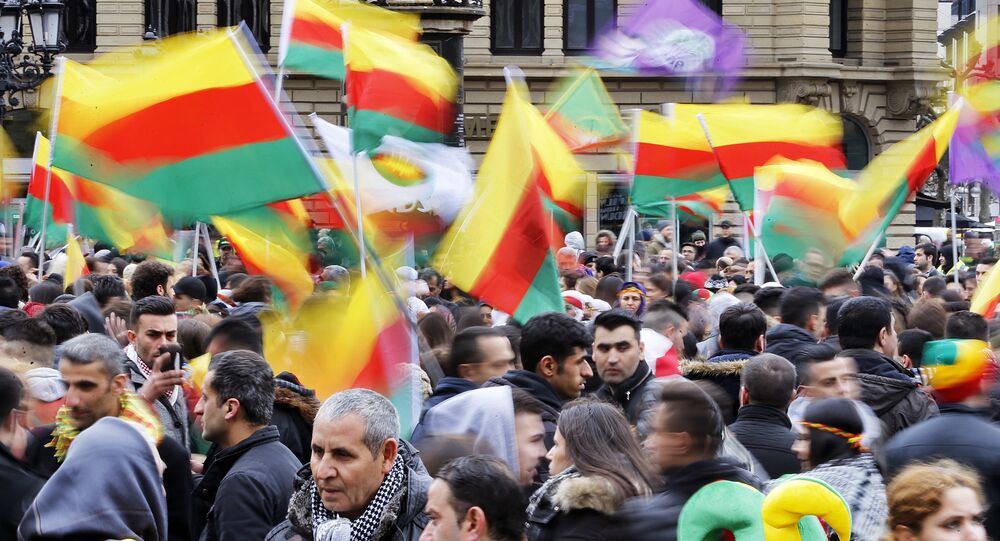 In an interview with Sputnik, the deputy chair of Turkey's pro-Kurdish Peoples' Democratic Party (HDP) in charge of foreign affairs expressed his hope that the Syrian peace talks would only go ahead after the Syrian Kurds had been included in the process.

MOSCOW (Sputnik) —  The recent National Dialogue Congress in Sochi has paved the way for better prospects in the Syrian peace process. Parties to the conflict consider the Syrian Kurds to have the right to assist in the negotiations. However, Turkey opposes this, and considers the PYD to be linked to its own Kurdistan Workers' Party (PKK), which it has designated as a terrorist organization.

According to the deputy chair of Turkey's pro-Kurdish Peoples' Democratic Party (HDP) Hisyar Ozsoy,  "Russia and Iran and also the United States need to convince Turkey. There is no way out other than including the Kurds in the political process."

© Sputnik / Michael Metzel/POOL
Turkish Politicians: Russia, Turkey, Iran on Right Track to End Syrian Crisis
The politician praised the agreements achieved at the recent meeting of the Russian, Iranian and Turkish presidents in Sochi, but stressed that the exclusion of the Kurds could undermine the political process in Syria. Moreover, commenting on the Russo-Turkish-Iranian synergy, the politician emphasized the leaders' unanimous support of Syria's territorial integrity, the fight against terrorist organizations and a political model chosen in accordance with the popular will.

"It is good that there is a consensus [on the Syria settlement] between Russia, Iran and Turkey but unfortunately Turkey does have its own agenda with the exclusion of the Kurds, that could totally undermine the political process in Syria," Ozsoy added.

The HDP member noted that Turkish President Recep Tayyip Erdogan seemed to exclude Kurds from any talks on the Syrian settlement whether in Astana, Sochi or Geneva.

"The problem is that President Erdogan is ready to shake hands with [Syrian President Bashar] Assad, but only if Assad takes an anti-Kurdish position … We strongly oppose this because the Kurds can help stabilize the country, and can help to consolidate the peace process. And for that, both Russia and the United States should convince the Turkish government, in particularly {resident Erdogan, to be on peaceful terms with the Kurds rather than seeing the Kurds as an enemy," Ozsoy said.

© AP Photo / Sergei Grits
Next Round of Talks on Syria May Be Held in Astana on December 21-22
The Syrian civil war has been raging since 2011; troops have been fighting against numerous opposition factions as well as terrorist groups. Russia, Iran and Turkey are the guarantors of the ceasefire regime in Syria. The international community has organized two platforms for discussing the reconciliation between the government and the opposition, in Geneva and Astana. In November, three sides met in the Russian city of Sochi. During the September round of the Astana talks, Russia, Iran and Turkey, the three states that serve as guarantors of the Syrian ceasefire, agreed on four de-escalation zones in Syria. However, Ankara considers the PYD to be linked to the Kurdistan Workers' Party (PKK), designated as a terrorist organization in Turkey, which undermines the peace process. The PKK, which advocates autonomy for a sizable Turkish Kurd minority, is involved in an armed conflict with the state authorities.
...
Reddit
Google+
Blogger
Pinterest
StumbleUpon
Telegram
WhatsApp
20