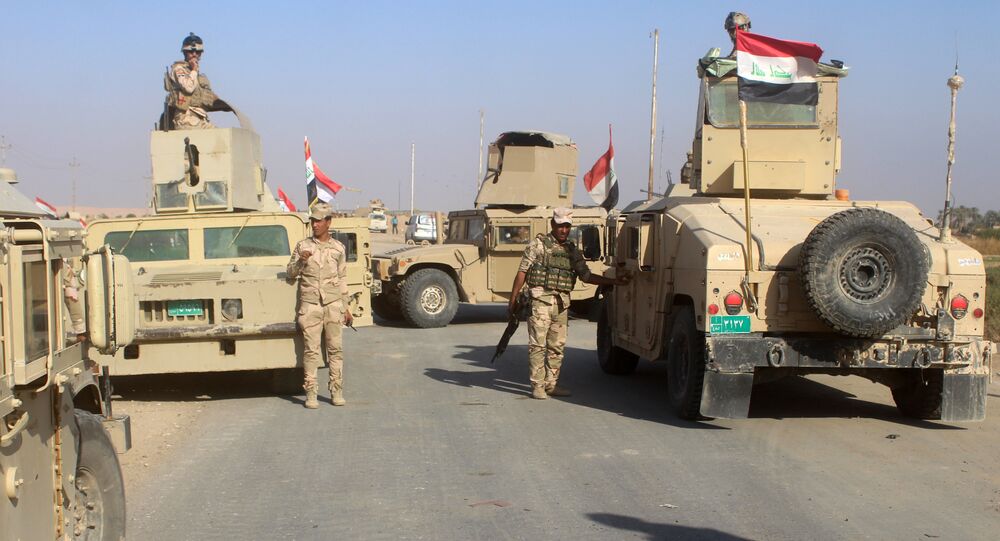 Over the past few months Daesh militants have been expelled from most of the territories in Iraq and Syria under their control since 2014.

MOSCOW (Sputnik) — The Iraqi forces have announced the launch of an operation to clean up the western desert territories of the districts of the al-Jazira region located between the governorates of Al Anbar, Saladin and Nineveh on the border with Syria from the Daesh terrorists.

The statement comes just days after the Iraqi government forces, supported by the US-led international coalition, regained control over the town of Rawa, the last Daesh stronghold in the country.

© AFP 2020 / Marwan IBRAHIM
Daesh Turns Former US Base in Iraq Into Gruesome Mass Grave
Rawa for some time was the only remaining Daesh bastion in Iraq. Prime Minister Haider Al-Abadi announced in late October the start of an operation to retake the western towns of Rawa and Al-Qa'im, which were retaken in the beginning of November, and later Iraqi forces said they had taken control over the checkpoints at the Iraqi-Syrian border.

According to the US-led coalition's estimates as of October, the Iraqi forces had already liberated around 95 percent of the land once held by terrorists. Senior Adviser to the US Secretary of State Brian Hook said that Daesh would be defeated and eradicated from Syria by the end of 2017.