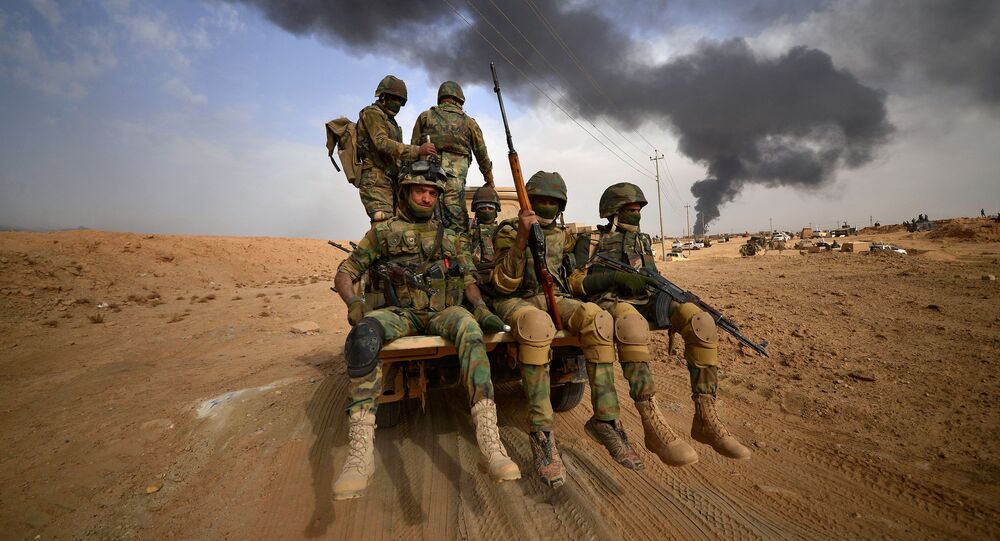 Earlier in the week, Daesh lost its last bastion in Abu Kamal in neighboring Syria.

Rawa is located on the north bank of the Euphrates River, 320 km (70 miles) west of Baghdad, not far from the country’s border with Syria.

"Government military units and people's militia (the Popular Mobilization Units, or PMUs) have launched a large-scale operation on the liberation of the district of al-Ruman and the town of Rawa," the commander of the operation, Lieutenant General Abdel Amir Yarallah, said in a statement on Saturday.

Rawa remains the last Daesh stronghold in Iraq. At the end of October, Iraqi Prime Minister Haider Al-Abadi announced the start of the operation to retake the western towns of Rawa and Al-Qa'im, which he called the last Daesh footholds in the country.

Al-Qa'im was liberated at the beginning of November, the Iraqi military then announced that they had restored control over the checkpoints on the border with Syria.

On Friday, Russian Defense Minister confirmed that Daesh has lost its last bastion in Abu Kamal in neighboring Syria.