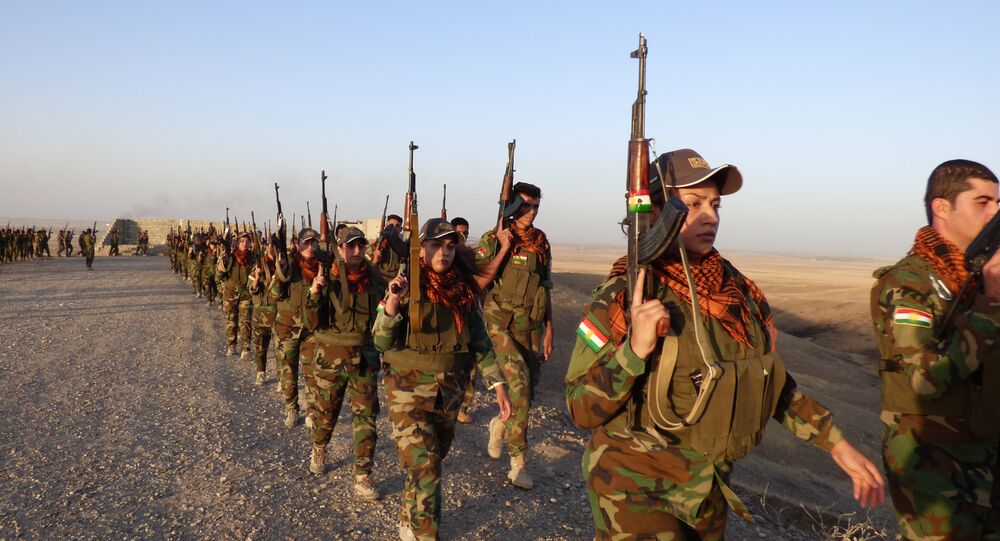 Former US State Department official Wa'el Alzayat has shared in an interview with Sputnik his opinion concerning US chances to mediate the dialogue between Baghdad and Erbil.

WASHINGTON (Sputnik) — The United States does not have enough power in Iraq to facilitate dialogue between Baghdad and Erbil in order to resolve the ongoing crisis, former US State Department official Wa'el Alzayat told Sputnik on the sidelines of a panel discussion at the Center for Strategic and International Studies on Wednesday.

Alzayat, who served as special assistant to the US Ambassador to Iraq from 2011 to 2012, said the United States would like to see Iraq united but acknowledged that the Iraqi government will likely continue to push the Kurds in an effort to prevent them from seceding.

Despite the fact the United States at present cannot influence the sides to the conflict, Washington may restrict US arms sales to Iraq for the foreseeable future.

Alzayat also pointed out that Iran is the state that currently has significant leverage on the ground in the region.

Tensions between Baghdad and Erbil escalated after Iraqi Kurdistan organized a referendum for independence on September 25. The vote resulted in more than 90 percent of the Kurds supporting secession from Iraq.

Within a day of the operation, the Iraqi forces gained control of most of Kirkuk, including oil fields and the administration building and have continued the operation, which has resulted in clashes with Peshmerga forces.

In its turn, Erbil has demanded the Iraqi troops' "immediate" withdrawal. The US State Department previously called on the parties to avoid mutual provocations.