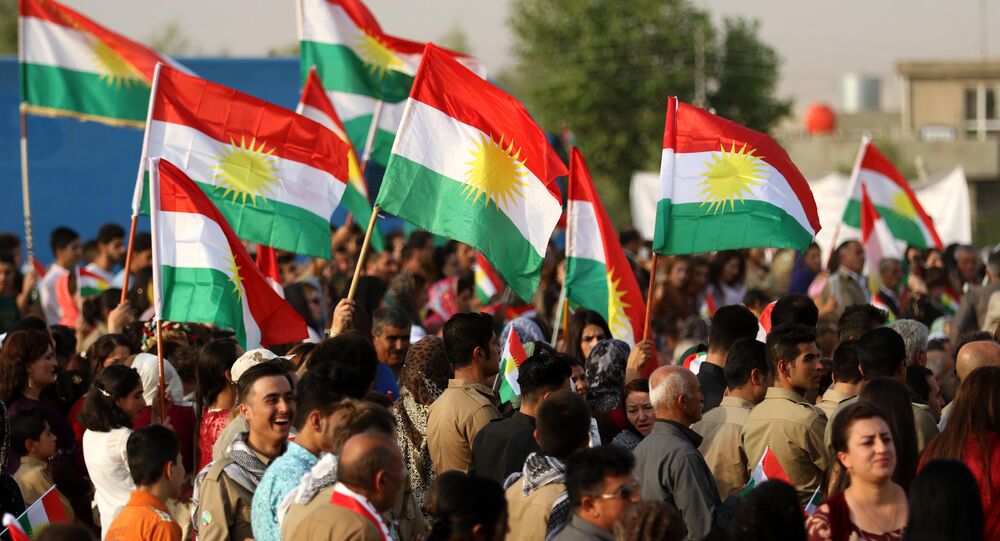 Iran has closed border checkpoints with Iraqi Kurdistan as Tehran attaches great importance to preserving sovereignty and territorial integrity of the neighboring country.

"The Islamic Republic of Iran is undertaking decisive steps to protect sovereignty and territorial integrity, as well as fight terrorism. These steps will have a temporary side effect, and some borders will be closed… but these problems will be resolved soon," Iran's vice-president and government spokesman Mohammad Bagher Nobakht said Tuesday, as quoted by Fars news agency, adding that "in this case, the sovereignty and territorial integrity of Iraq are concerned".

The spokesman added that while assessing the independence vote it is necessary to remember that large-scale counterterrorism efforts are underway in the disputed region. Nobakht stressed that Tehran could not support any measures that disrupted solidarity and unity in the region when large groups of terrorists are still active there.

Here's 'The One Thing' Iran Wants From an Independent Iraqi Kurdistan