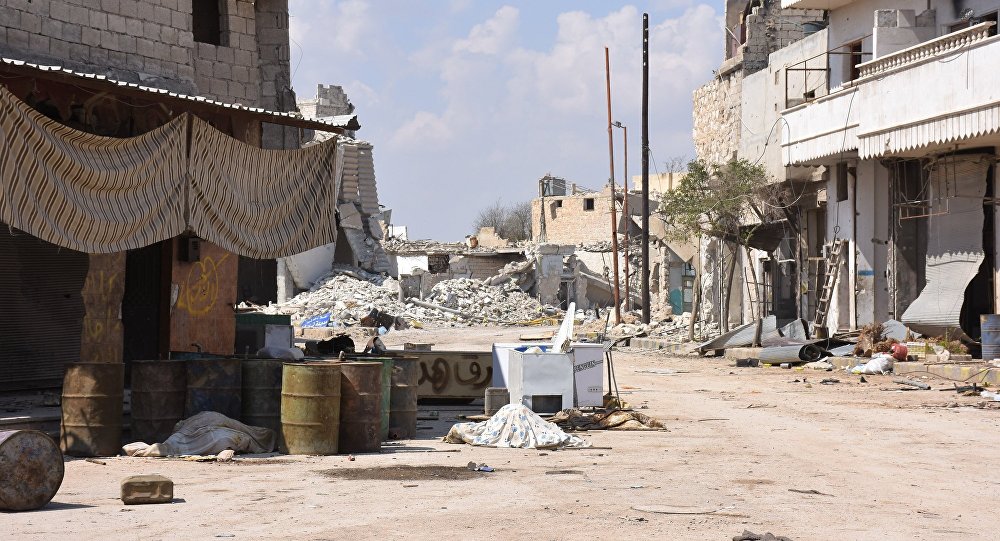 Russian servicemen have opened a medical facility in the village of Aisha, located in Aleppo province, Syria.

AISHA (Syria) (Sputnik) – Russian servicemen from the Center for Syrian Reconciliation have opened a medical facility in the village of Aisha, located in Aleppo Governorate, a Sputnik correspondent reported.

Doctors of the special medical unit of the Russian Defense Ministry started to receive patients at a local school.

© Photo : Mohamed Maaruf
Russia Delivers 2 Metric Tons of Aid to Aleppo
According to reconciliation center official Soslan Tseboev, his organization's employees regularly monitor the humanitarian situation in the areas liberated from terrorists and choose the most vulnerable settlements that need aid.

“During the reconnaissance it seemed to me that there are no residents here – only ruins left by hostilities. Later we revealed that [local residents] reconstructed five houses on their own,” Tseboev said.

“We also delivered them several water tanks because most wells were destroyed by artillery shelling,” Tseboev said.

According to local authorities, more than 100 civilians will return to Aisha from refugee camps in Damascus and Latakia in the the near future.