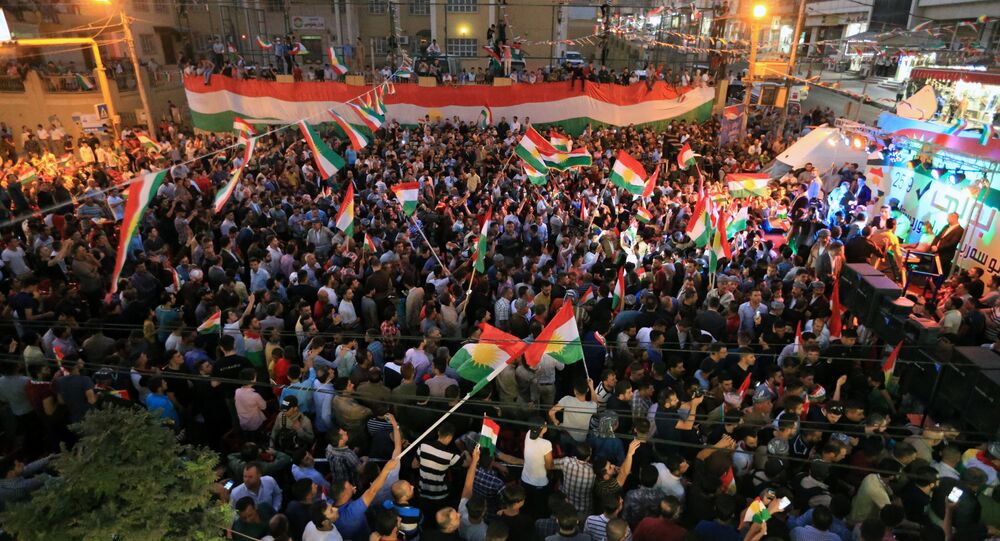 Iraqi Kurds have voted in favor of the creation of an independent state amid high tensions with the Iraqi government over the issue.

The High Elections and Referendum Commission said on Wednesday that more than 92.73 percent of voters supported the idea of Iraqi Kurdistan's independence from Baghdad.

The voter turnout was 72 percent, with 3.35 million people taking part in the referendum, according to official data. Some 2.8 million people voted for independence, while only 224,000, — or 7.2 percent — voted against it.

The chairman of the election commission stated that the results of the referendum are legitimate and no violations were registered during the vote.

"We carried out our work in all parts of Kurdistan. The process was very successful. Many international observers participated. The referendum was held without violations," the commission's spokesman said at a press conference.

© REUTERS / Ahmed Jadallah
From 'Slaughter' to 'Dream Come True': Iraq Kurds Rejoice Over Independence Vote
The central government in Baghdad has been pressing Erbil to cancel the results of the referendum over the past few days. Earlier on Wednesday, the Iraqi parliament instructed the government not to engage in a dialogue with Iraqi Kurds until the results of the referendum are canceled and gave Prime Minister Haider Abadi a "mandate" to send troops to the oil province of Kirkuk that is claimed by both Baghdad and Erbil.