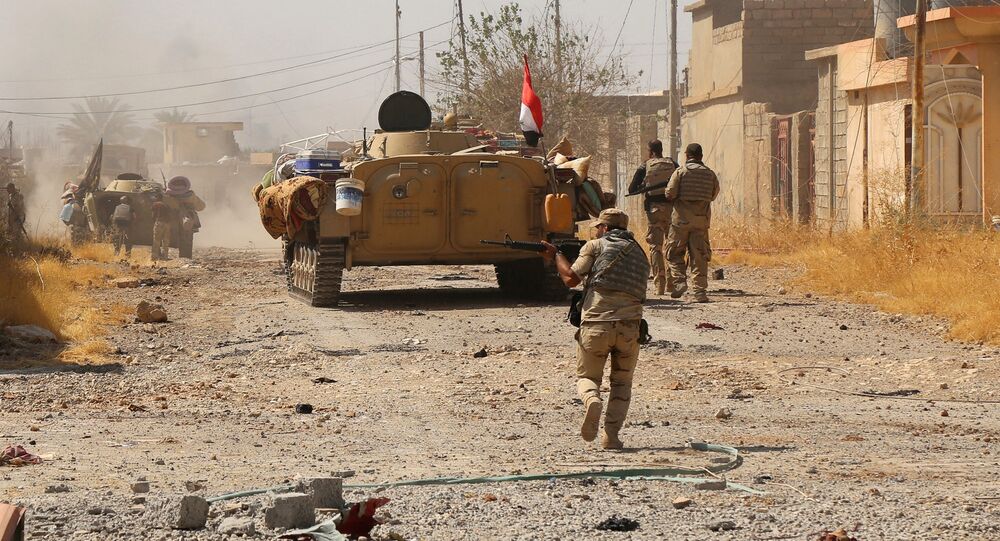 The Iraqi military announced on Saturday it had launched an operation to clear the parts of western Iraq under Daesh control from terrorists.

MOSCOW (Sputnik) — Iraqi government troops have launched an operation in an area bordering Syria to recapture the territory from the Daesh terrorist group (banned in Russia).

"The forces of the army, people's militia and border guards started a large-scale operation to liberate Akashat village, open the highway to Akashat and ensure security at the border north of Akashat," Lt. Gen. Abdul Amir Rashid Yaralla said in the statement.

© REUTERS / Wissm al-Okili
Daesh Car Bomb Attacks in Iraq Leave 50 Dead and Scores Injured
The offensive is believed to enable Iraqi troops to regain control over areas with natural gas reserves and recapture a Daesh stronghold in the town of Qaim northeast of Akashat.

In 2014, Daesh seized large territories in northern and western parts of Iraq, which provoked a new wave of violence and instability in the country. Iraqi government troops have managed to recapture most of that territory, including the cities of Tal Afar and Mosul. In recent days, the army has been conducting massive airstrikes on terrorist positions in the city of Hawijah in the Kirkuk province, which is defended by up to 2,000 Daesh terrorists, according to the Iraqi military.