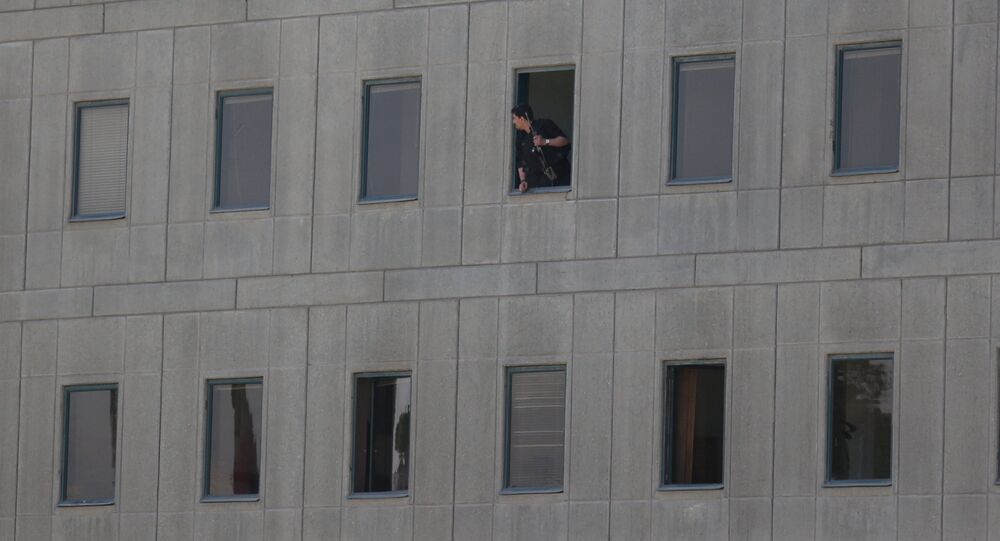 Between 12 and 22 political prisoners incarcerated in Iran’s infamous Gohardasht Prison have been protesting inhumane treatment by engaging in a hunger strike, some of them for over a month - but prison officials have not budged or indicated that they are any closer to meeting the prisoners’ demands.

The strike began in late July after several dozen inmates were suddenly transferred to a higher security ward without explanation. Inmates were forced to leave medications and other personal belongings behind during the transfer, and are also protesting additional security cameras, listening devices, not enough beds or drinking water, and poor ventilation.

"They are held in cells with windows covered by metal sheets, and deprived of access to clean drinking water, food and sufficient beds," Amnesty International (AI) reported. "They are also barred from having in-person family visits and denied access to telephones, which are usually available in other parts of the prison."

The conditions of the striking prisoners are deteriorating rapidly. Judicial and prison officials are denying medical treatment to the prisoners, who are suffering from malnutrition and declining health.

Prison officials have not been moved. A statement from Abbas Dolatabadi with the State Prison Organization read that "To those prisoners who resort to hunger strikes and other actions, we say these methods have been defeated…. The judicial system will not surrender to their threats…. Prisoners must endure their punishment to the fullest."

The Center for Human Rights in Iran (CHRI)  has called on the Ministry of Justice and the State Prison Organization to provide medical treatment to the prisoners and address their demands for humane treatment.

"The Iranian judiciary's denial of these political prisoners' legitimate demands may cost the lives of prisoners who have no other way to attract attention to the inhumane conditions at the prison," said Hadi Ghaemi, executive director of CHRI, in a statement on the organization's website.

"Iran is obligated under Iranian and international law to provide full medical treatment and humane conditions to all prisoners," said Ghaemi. "They can either continue to pass the buck around to different bureaucracies inside the country or immediately address this life-threatening situation and be accountable to the prisoners under their care."

AI has also called on Iran to allow international monitors to inspect Gohardasht and to improve conditions inside the prison. "The fact that detention conditions have become so poor that desperate prisoners feel they are forced to go on hunger strike to demand the most basic standards of human dignity is disgraceful and highlights the urgent need for reforms to Iran's cruel prison system," said Magdalena Mughrabi, Deputy Middle East and North Africa Director for AI.

Jafar Eghdami, who has been incarcerated at Gohardasht for nine years, is one of those in miserable condition after weeks of hunger striking. "When I visited my son on Wednesday [August 23]," Jafar's mother Zahra told CHRI, "he could hardly stand on his feet or walk. They don't have a decent clinic there and because of that many of the families are worried what might happen but no one is doing anything about it wherever we complain."

"They sent my son to prison for no reason and he has been serving his time but they can't stop harassing him," Zahra said. "One day they move them and take away their belongings, then on another day they cut off visitations. Every day they are harassing them. They do nothing but endanger the prisoners' lives. Let them finish the prison term imposed on them and stop bothering them."

Iran Does Not Rule Out Prisoner Exchange Dialogue With US