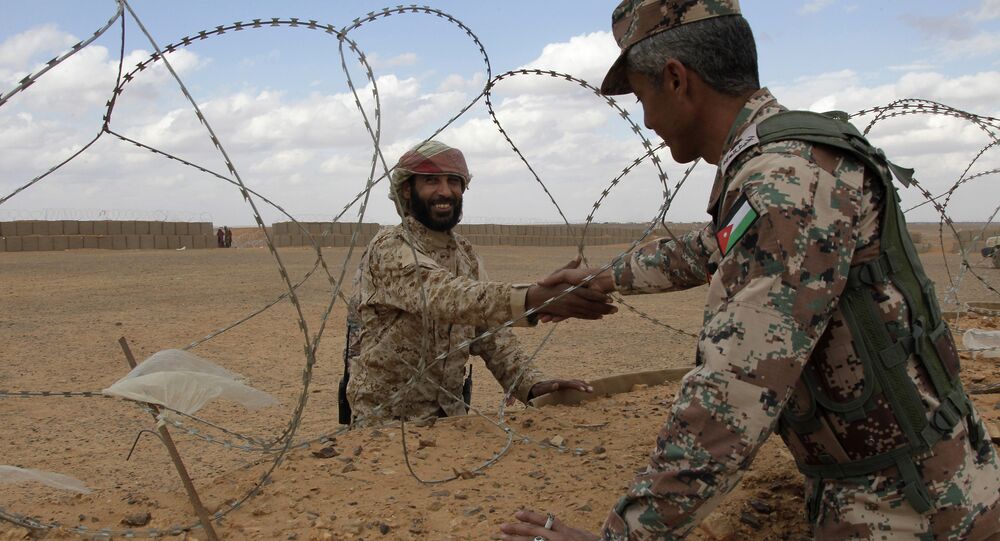 Jordan will open the Syrian-Jordanian border if the situation in the south of Syria will be finally stabilized, Jordanian Minister of State for Information Muhammad Mumani said Saturday.

DUBAI (Sputnik) — Mumani noted that the agreement on ceasefire in southern Syria was respected and added that Amman hoped that additional measures would be taken to maintain stability and security in the country.

"[I]f such situation is maintained and the situation in southern Syria is stabilized it will let us re-open the checkpoints between the two states," Mumani said as aired by a national broadcaster.

© Sputnik / Mikhail Voskresenskiy
Saudi Arabia and Israel Might 'Directly Intervene' in Syrian Conflict
The memorandum on the establishment of the de-escalation zone in the Daraa, Quneitra and As-Suwayda provinces in southwestern Syria, agreed upon by Russia, Jordan and the United States took effect on July 9. Since then, Russian military police have set up new checkpoints and observation posts throughout the safe zone to ensure that hostilities do not resume.

Apart from zone in Syria's Southwest, there are other de-escalation zones agreed during Astana talks in May, with Russia, Iran and Turkey acting as the guarantors of the ceasefire. These are the Eastern Ghouta and north of Homs. In addition, the consultations on safe zone in the Idlib province are currently underway.