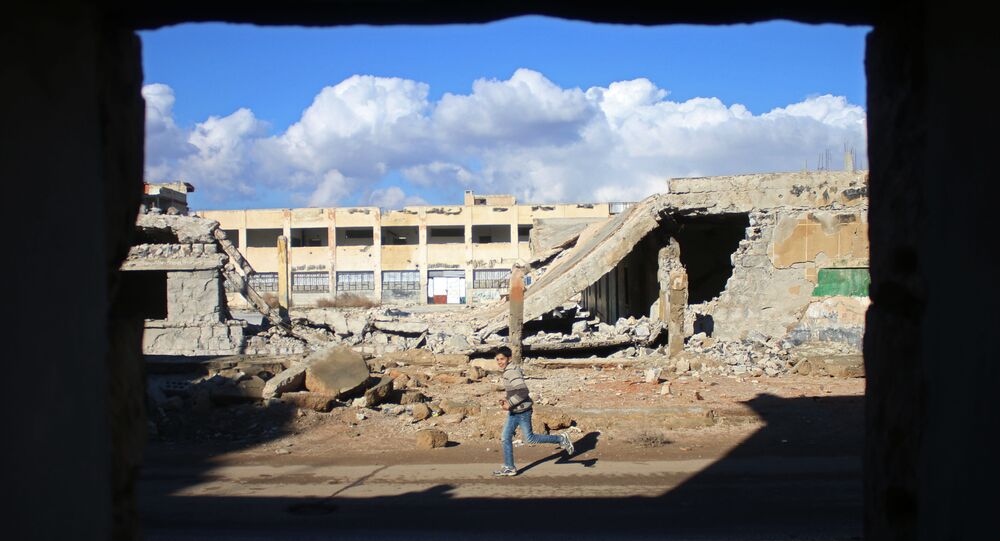 The representatives of the Syrian government and armed opposition in the Syrian province of Daraa have discussed for the first time steps to settle the conflict in the country, a Sputnik correspondent reported Saturday.

DAMASCUS (Sputnik) — The phone conference that was organized by the Russian Defense Ministry's center for reconciliation was praised by Daraa Governor Khalid Hanus.

"Influential people, who play an important role for the militants and have influence on them have participated in the conference. We all want… peace in Syria, so that all people could live as hey used to thanks Syria's ally Russia," Hanus told reporters.

© AP Photo / Al-Nusra Front Twitter page
Terrorist Groups Hamper Establishment of Safe Zone in Syria's Idlib
Daraa was included in the memorandum on the establishment of the de-escalation zone in southwestern Syria, which was agreed upon by Russia, Jordan, and the United States and took effect on July 9. Since then, Russian military police have set up new checkpoints and observation posts throughout the safe zone to ensure that hostilities do not resume.

The zones were established for six months with the option of extending them automatically for another six months. They are designed to facilitate the peace process in Syria. The country has been in a brutal war since 2011, with the government forces fighting against both Syrian opposition groups who tried to overthrow President Bashar Assad, and numerous extremist and terrorist groups such as Daesh.