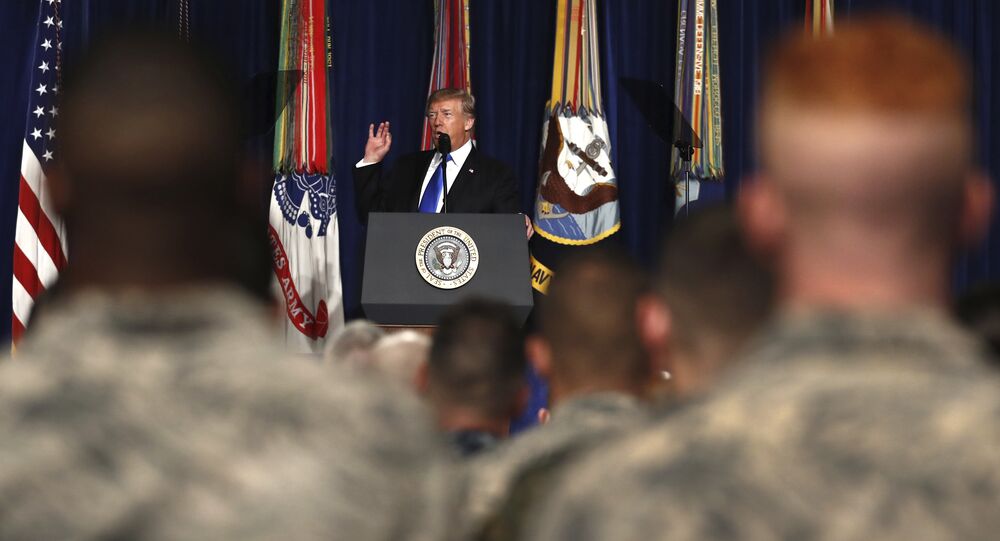 The new US strategy to win the 16-year-long war in Afghanistan announced by President Donald Trump is certain to fail because it has no clearly defined "end game," exit strategy or final goals, former CIA officer and whistleblower John Kiriakou told Sputnik.

WASHINGTON (Sputnik) — During his nationally televised speech on Monday night, Trump said the United States and its allies had to stay the course in Afghanistan and carry out aggressive policies against the Taliban and other extreme Islamist groups to destroy them.

"The policy cannot work because there is no end game," Kiriakou said on Tuesday.

Trump had left the goals that the grand strategy was meant to achieve vague and therefore meaningless, Kiriakou maintained.

"What is ‘victory?’ Is it a democratic Afghanistan? Is it the destruction of the Taliban? Is it an absolute end to terrorism? We don't know. But none of these are realistic goals," he said.

Trump, Kiriakou maintained that, on contrary, he was just continuing the same polices under different labels.

"It is as though nobody ever thought to ‘kill terrorists’ or ‘train Afghans,’" he said.

© CC0
US Crackdown on Pakistan May Jeopardize Afghan Supply Routes
Trump’s alleged new strategy also never addressed the consistent geopolitical realities of Afghanistan’s wars and politics now documented over a period of 2,300 years that had ensured the failure of every effort to either permanently occupy or transform the country, Kiriakou explained.

"What the policy ignores is what armies from Alexander the Great to the Soviet Union learned the hard way--Afghanistan cannot be conquered," he said.

Kiriakou gained international recognition as the only person the US government sent to prison for exposing the George W. Bush administration's torture program. After revealing classified information to ABC News in 2007, Kiriakou was sentenced to 30 months in prison, of which he served 23 months between February 2013 and February 3, 2015.

Trump during his speech on Monday at Fort Myer in Arlington, Virginia said the United States will expand US military authority in Afghanistan but will not publicly announce any future military action plans in Afghanistan.