The Islamic Revolutionary Guard Corps (IRGC) refuted Tuesday the US statement about an Iranian drone's "dangerously" close encounter with a US aircraft carrier.

MOSCOW (Sputnik) — On Monday, the US Navy said in a statement that an Iranian drone had flown "dangerously" close to the US aircraft carrier Nimitz in the Persian Gulf for the second time in less than a week.

"IRGC’s drones are equipped with standard navigation systems and are guided accurately and professionally; therefore, claims made by Americans are rooted in weakness of their diagnostic and identification systems or otherwise in their intention to mislead the public opinion," the IRGC statement said, as quoted by the Mehr news agency. 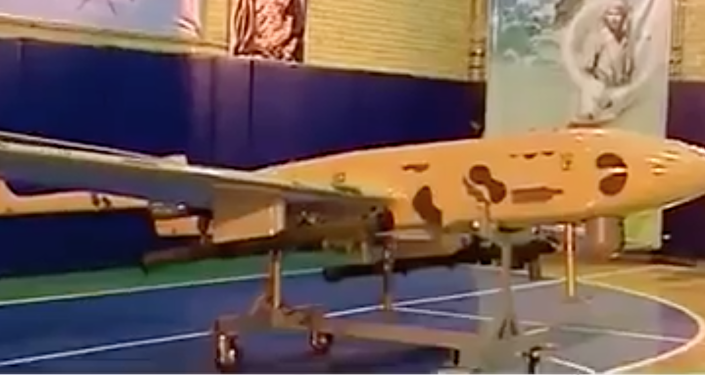 Twitter screengrab/@adegrandpre
Iranian Drone That Bugged US F/A-18 Super Hornet Was Unarmed (VIDEO)
The announcement denied US claims on unsafe approach of IRGC’s drone as baseless and unfounded.

"Iran’s air patrol missions are routinely carried out within the country’s Air Defense Identification Zone (ADIZ) on a daily basis and in accordance with current laws," IRGC said.

IRGC pointed out that it would continue drone patrols carefully and continuously in the mission areas within the framework of Iranian borders regardless of the "mental war created by alien forces" in the Persian Gulf.

The incident comes less than a month after the latest confrontation between US and Iranian militaries in the Persian Gulf.