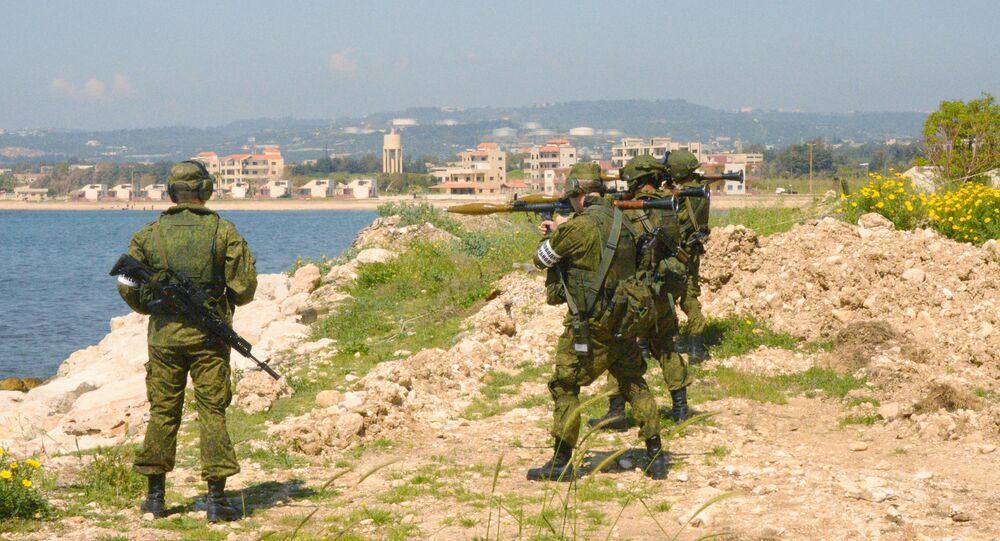 According to reports, an anti-sabotage boundary has been created along the coastline of the Russian Navy maintenance and support facility in the Syrian city of Tartus.

© Sputnik / Grigoriy Sisoev
Modernization of Russian Naval Support Base in Tartus May Take 5-7 Years
MOSCOW (Sputnik) – An anti-sabotage boundary has been created along the coastline of the Russian Navy maintenance and support facility in the Syrian city of Tartus, a military and diplomatic source told Sputnik.

"Today, a full border-line of anti-sabotage defense was built at the Russian naval base in Syria’s Tartus… There is a civil war in the country and band-aid solutions should not be applied to either the security of the military base or the military environment," the source said.

On April 26, the chief of the Main Operational Directorate of the Russian General Staff, Col. Gen. Sergey Rudskoy said the Russian Hmeimim air base, along with the naval base in Tartus, provides a means for deterring terrorism in Syria and neighboring countries.

Head of the Russian State Duma Defense Committee Vladimir Shamanov said May 18 that modernization measures had been launched at Russian naval base and their full implementation might take five to seven years.

Tartus has hosted a supply point for the Soviet and then the Russian navies in the Mediterranean since the 1970s.

On January 18, Russia and Syria signed an agreement on the expansion and modernization of the naval facility in Tartus. The agreement is valid for 49 years and will be prolonged automatically every 25 years unless one of the two states decides to withdraw.

Russia Delivers About 10,000 Tonnes of Aid to Eastern Syrian Port of Tartus