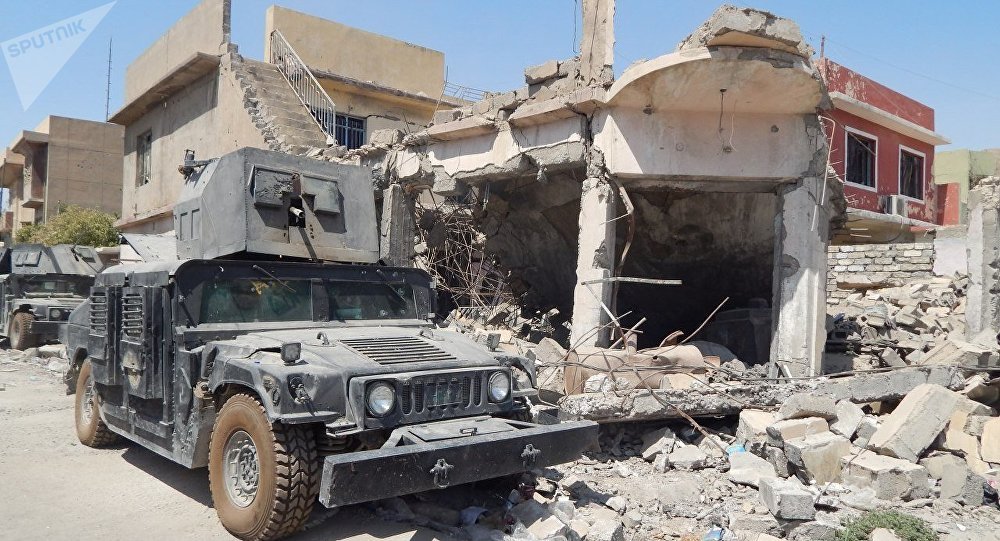 The US-led coalition urged the Iraqi authorities to make public results of probes into allegations of abuse by Iraqi Security Forces, coalition spokesman US Army Col. Ryan Dillon said in a briefing on Thursday.

© Sputnik / Sara Nureddin
Watch Iraqi Forces Detonate Bomb Manufacturing Factory in Mosul (PHOTOS, VIDEO)
WASHINGTON (Sputnik) — A human rights group called on the United States on Thursday to suspend its support for the Iraqi Army's 16th division, which was allegedly involved in war crimes during the liberation of Mosul.

According to the Human Rights Watch, the servicemen of the 16th division trained by the US experts allegedly executed several dozen prisoners in Mosul's Old City. Two international observers also told the human rights watchdog about murder of four people by the division's soldiers and evidence pointing at more executions.

"The government of Iraq has investigated previous allegations and they have taken action, and we encourage them to present the facts of these investigations to the public," Dillon told reporters.

Daesh terrorist group took over Mosul in June 2014. The operation aimed at liberating the city from terrorists began in October 2016. The eastern part of the city was rid of terrorists by Iraqi and US-led coalition forces in late January.