According to the Iraqi vice president, the victory over Daesh in Mosul was an achievement of the Iraqi army and people’s militias, not of the United States.

BAGHDAD (Sputnik) – The victory over Daesh in Mosul is an achievement of the Iraqi army and people’s militias, not of the United States, Nouri said.

"They [the United States] say, and I regret this and reject this, that the victory is their achievement because they led this war, but really this is a victory of the Iraqi army. Yes, they supported us with their aviation, but the main praise belongs to the Iraqi soldier, the people’s militia, Iraq’s air force," Maliki said.

Some 20,000 members of the Iraqi army and police were injured or killed in the nine-month capture of the city of Mosul, Nouri Maliki added.

"The military losses are huge – to be honest, around 20,000 killed and injured in the armed forces, the police," Maliki said.

"This victory is not final – there are still pockets where terrorists are hiding … there are sleeper cells even in Diyala," Maliki said.

Daesh will be unable to advance or take over territories in Iraq, but its sleeper cells remain in cities including the capital of Baghdad, Nouri Maliki said.

"There are sleeper cells in Baghdad, once in a while they take action … There is nothing to be concerned about from the military point of view, IS [Daesh] is unable to advance or take over territories, they will be unable to stay in their occupied territories, but from the point of view of security, sleeper cells and lone wolves remain," Maliki said. 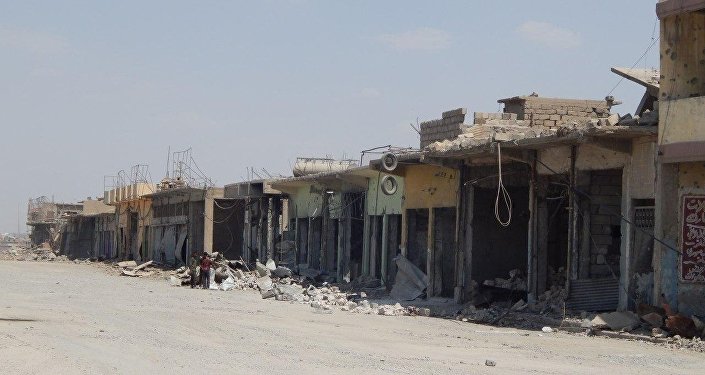 © Sputnik / Sara Nureddin
Over 40,000 Civilians Feared Dead as Result of Battle for Mosul
However, if the schism between Sunnis and Shiites in Iraq persists, it would lead to the creation of the new Daesh.

"The schism between Sunnis and Shiites remains. Sunnis are planning a state for themselves, Shiites for themselves, if these conditions remain then they will lead to the creation of a new IS [Daesh] with new ideas, new flags," Maliki said.

"Calls for separation are now heard in Kurdistan and in the country’s west, this is a new challenge," he added.

On July 9, Iraqi Prime Minster Haider Abadi declared the victory of the Iraqi forces in Mosul. The city was a key and symbolic Daesh stronghold, which controlled the area since 2014. The operation to liberate the city was launched in October 2016.