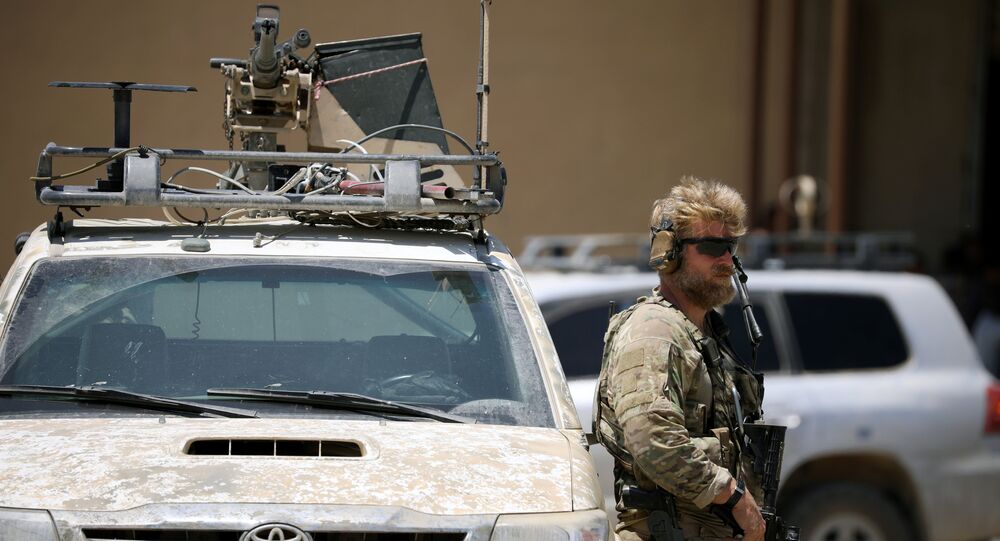 US Strengthens Presence in Northern Syria

A senior representative of the Syrian Democratic Forces (SDF) on condition of anonymity told Sputnik Turkey that the United States continues to actively strengthen its military presence in northern Syria.

"The US is setting up its military bases in the territories that were liberated from Daesh by our fighters during the fight against terrorism,” the source said.

He further said that earlier the US set up their bases in Kobani, Manbij, Hasakah, al-Shadadi and al-Hawl.

“Now they have set up a base in the region of the recently liberated Tabqa near the reservoir of the same name. This base will be actively used in autumn in the framework of the Raqqa operation and also in the Deir ez-Zor operation,” the source said.

© AP Photo / Hammurabi's Justice News
US Wants to 'Impose Its Own Scenario' in Syria Before Daesh is Defeated
As noted by the representative, the number of US military bases in Syria, taking into account the newly established base in Tabka, has increased to eight.

According to the source, in the future the US intends to continue increasing its number of bases in the country. Russia and Iran are the only foreign powers which have been authorized by the Syrian government to wage war against terrorist groups within the country.

Meanwhile, the US-led coalition’s airstrikes continue to result in civilian deaths in Syria.

An airstrike carried out by the US-led coalition on a village in the northern part of Syria left nine civilians dead, SANA (Syrian Arab News Agency) reported on Tuesday.

"Under the pretext of fighting ISIS (the internationally-condemned terrorist group Daesh) US-led coalition warplanes launched an aggressive strike against the village of Kishik Zyyanat 15 km to the south of al-Shadadi City in the southeast of the province," SANA reported, citing local and media sources.

On June 28, a series of coalition strikes killed at least 40 civilians in a community in Deir ez-Zor province, SANA reported, citing local sources. The majority of the victims were women and children.