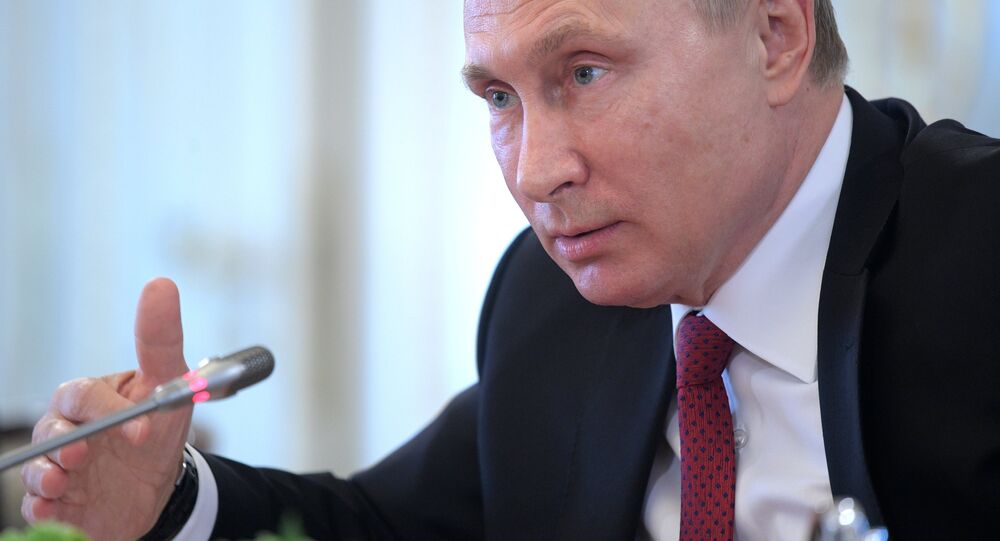 The Kremlin spokesman commented on White House's statement claiming that Washington identified potential preparations for a chemical attack by Syrian government force and is ready to respond to it.

"We heard about this statement. We do not know what is the basis for this. And of course we categorically disagree with the 'another attack' wording," Peskov told reporters.

"We also consider any similar threats to the legitimate leadership of the Syrian Arab Republic unacceptable," Peskov stressed.

© AP Photo / Ford Williams/U.S. Navy
US' Claims Assad Planning Chemical Attack Aimed to 'Justify Military Aggression' Against Syria
However, he noted that a potential danger of repeated provocations with chemical weapons use in Syria still exists as there is evidence that Daesh terrorists possess such arms.

"Cases of chemical toxic substances' use by Daesh terrorists have been repeatedly recorded. There is a potential threat of the repeat of such provocations. However, I repeat that I don't possess exact information and I believe that my colleagues from special services and the Defense Ministry will share it [information] if they possess it."

The Syrian government cannot be held accountable for the April 4 chemical attack in the Idlib province "because, as you know, despite all of Russia's demands, an unbiased international investigation of the previous tragedy has not been carried out," he added.

© Sputnik / Alexei Druzhinin
Putin: No Proof of Assad Government's Use of Chemical Weapons
On April 4, the National Coalition for Syrian Revolutionary and Opposition Forces supported by the United States blamed the Syrian government for an alleged chemical weapon attack in Khan Sheikhoun in Syria’s Idlib province. Reacting to the incident, Washington, which had not presented any proof of the chemical weapons use by Damascus, launched 59 Tomahawk cruise missiles at the Syrian governmental military airfield in Ash Sha’irat on April 6.

Tillerson: US State Department Unaware of Recent Use of Chemical Weapon in Syria