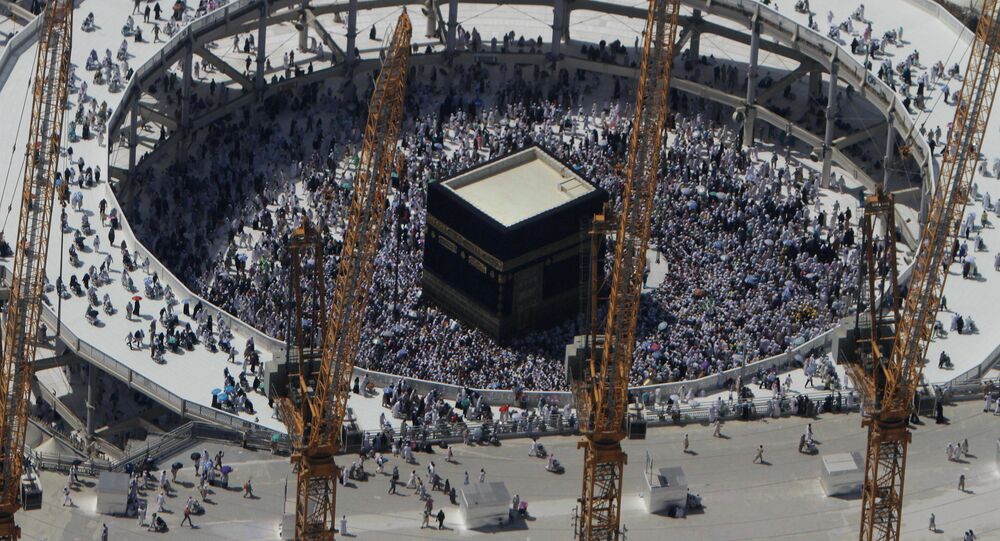 Saudi Arabia's security forces have detained five terror suspects, including a woman, over a failed plot to attack the Grand Mosque in the holy city of Mecca, the Saudi Interior Ministry said Friday.

MOSCOW (Sputnik) — In a statement cited by the Saudi-owned Al Arabiya news channel, the ministry said the plot targeted worshippers who gathered at Islam's holiest site to celebrate the month of Ramadan.

The five suspected extremists were allegedly part of a cell. A total of three terror groups were involved in the plot – two in Mecca and one in Jeddah, according to the reports.

© Fotolia / Borna_Mir
How Iran's Influence in Persian Gulf Grows Amid Saudi Rift With Qatar
The channel said a would-be suicide attacker was engaged by security forces in the Ajyad district in central Mecca. He died in a blast after setting off a bomb. The explosion injured 11 people, including five officers.

The UAE foreign minister, Abdullah bin Zayed bin Sultan Al Nahyan, on Saturday condemned the plot as a "horrible crime," saying it would only strengthen their resolve to fight terrorism. Bahrain, Kuwait and Egypt joined in the condemnations of the failed attack.