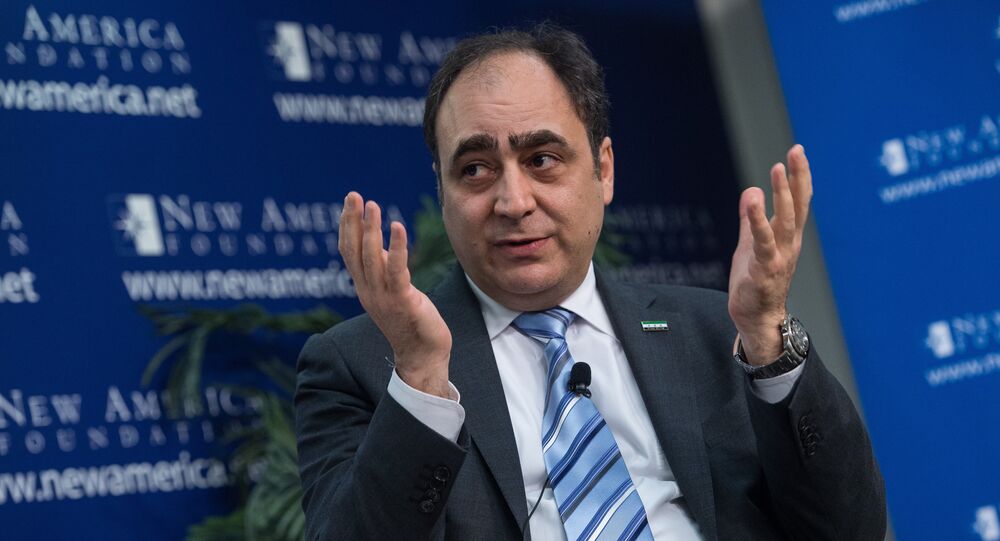 The recently-formed Syrian Patriotic Democratic Opposition Committee spokesman Monzer Akbik said that he was hopeful the draft of the new Syrian Constitution made by committee would be "approved by everyone" and that the result would be useful for the upcoming peace talks in Astana, Geneva, as well as other platforms.

Earlier in the day, the members of the Syria's Tomorrow group discussed the implementation of Syria's ceasefire, as well as continuation of negotiations in both the Geneva and Astana formats with Russian Foreign Minister Sergey Lavrov.

"We formed a committee and currently it is working on the constitutional framework … In the coming weeks, a draft or some other kind of a document will be elaborated, which will then be approved by more than 20 Syrian parties and political movements. Of course, we did take Russia’s efforts on the constitutional project into consideration," Akbik said.

© Sputnik / Mikhail Voskresensky
'Syria's Tomorrow' Opposition Leader Counts on Russia in Intra-Syrian Talks
The spokesman added that he was hopeful the document would be "approved by everyone" and that the result would be useful for the upcoming peace talks in Astana, Geneva, as well as other platforms.

Akbik noted that another meeting of the Syrian Patriotic Democratic Opposition Committee was likely to take place later this year.

The next round of Astana talks on Syria are slated for July 4-5. Meanwhile, the Geneva negotiations, held under the aegis of the United Nations, are expected to begin on July 10.

During the first round of Astana talks in January, the Russian delegation presented to the Syrian opposition a draft of the new Syrian Constitution. Head of the Russian delegation Alexander Lavrentyev underlined that Russia was not interfering in the process of composing the Constitution, and presented the draft to the opposition in order simply to accelerate the process.