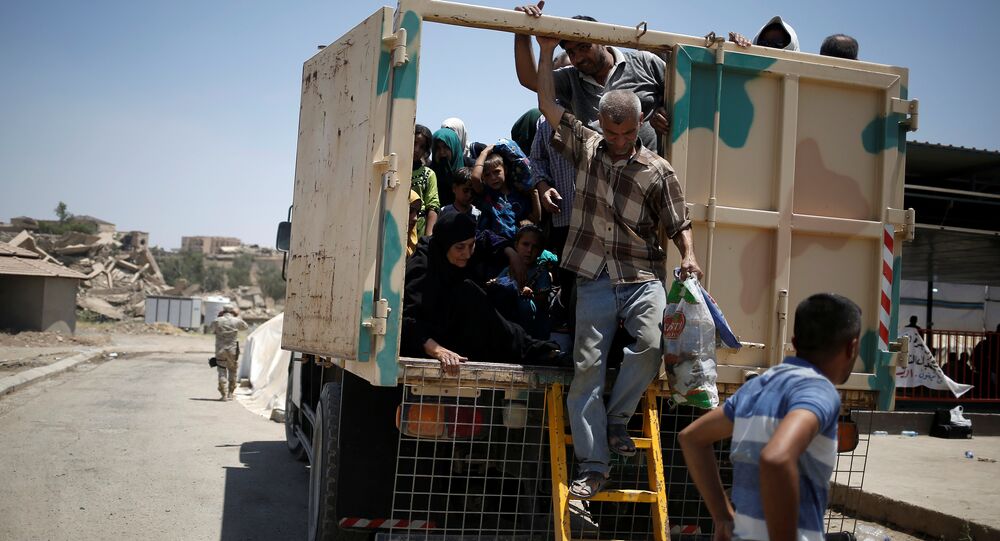 Tens of thousands of Iraqi civilians managed to escape the besieged city of Mosul via the humanitarian corridors established by the Iraqi forces seeking to liberate the city from the clutches of Daesh (ISIL/ISIS).

© REUTERS / Erik De Castro
Unable or Unwilling? Why the US and Its Coalition are Bogged Down in Mosul
While Daesh terrorists entrenched in Mosul continued to use city residents as human shields in a desperate attempt to hold on to the city, the Iraqi military helped countless families to escape via humanitarian corridors.

Shakir Jaudat, chief of the Iraqi Federal Police, told Sputnik Arabic that "about 60,000 families fled the city via the humanitarian corridors established by Iraqi forces since the beginning of the Mosul liberation operation on February 19."

"Militants use civilians as human shields. The city residents continue to flee the areas controlled by terrorists even today," Jaudat said.

The Iraqi operation to recapture Mosul, the key Daesh stronghold in Iraq, began in October 2016 and resulted in the liberation of Mosul’s eastern part this January. Fighting continues in the city's west, with Iraqi forces trying to liberate the Old City.