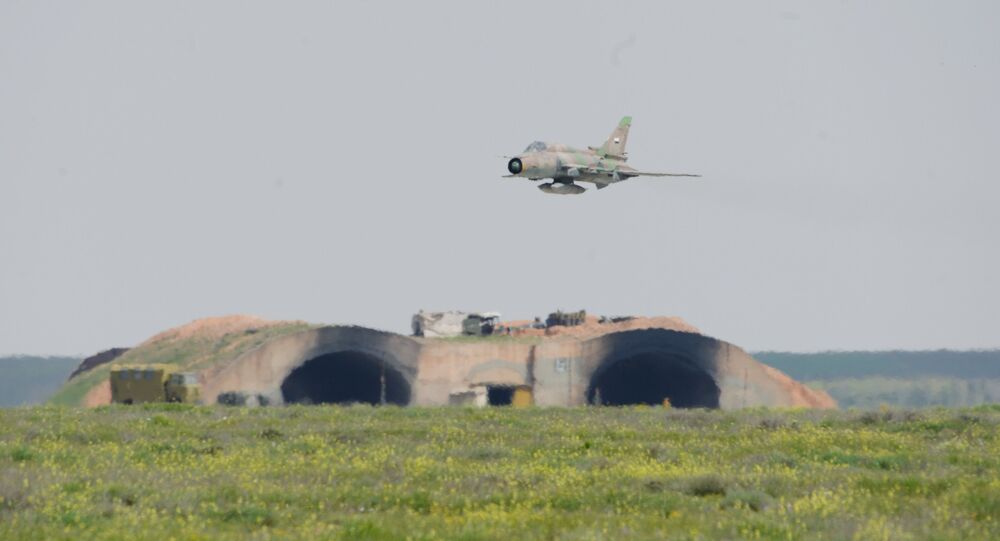 According to the report, the Syrian jet fighter was carrying out military tasks fighting Daesh terrorist organization.

“Our aircraft was downed at lunch time today near the [Syrian] city of Raqqa, when it was fulfilling its mission against the IS,” the ministry said in a statement, adding that the US-led coalition was responsible for downing the aircraft.

According to the ministry, the pilot of the aircraft has not been found to date.

This is not the first time the US-led coalition's activities in Raqqa cause casualties. Syrian media reported earlier that at least 43 civilians were killed as a result of the US-led coalition airstrike in the region. The Syrian Foreign Ministry condemned the airstrikes and sent two letters the UN secretary general and the head of the UN Security Council, in which the coalition's actions were compared to Daesh crimes. Just a few days later, the Lebanese media reported that the coalition's airstrikes killed more than 30 civilians more near Raqqa.

Raqqa has been under the control of Daesh since 2013, and is the de-facto capital of the self-proclaimed Daesh caliphate. The operation to retake Raqqa, conducted by a coalition consisting of almost 70 countries, has been on-going since November 2016. The strikes in Syria are not authorized by the UN Security Council or the government of Syrian President Bashar Assad.

Syria’s Kurdish Militias Get 50 Trucks With US Armored Vehicles, Munition