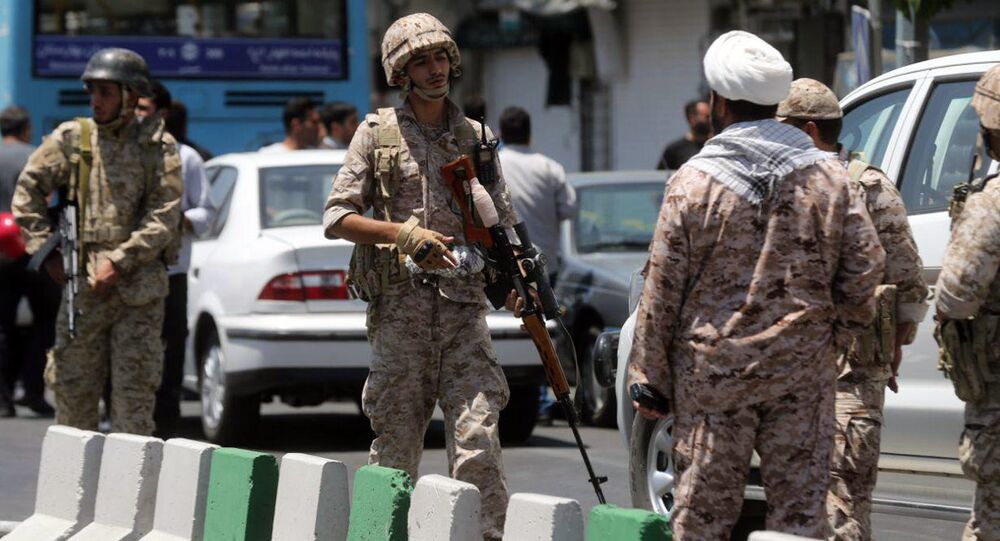 According to the Iranian Security Ministry, five of Tehran attack suspects participated in terrorist attacks in Daesh strongholds in Syria's Raqqa and Iraqi Mosul.

© AP Photo / Ebrahim Noroozi
Tehran Terror Attacks: Iran Suffers 'Unmistakably Symbolic' Assault on Nation
On Wednesday, a group of armed men attacked the Iranian Parliament and Imam Khomeini shrine in Tehran. ​Four gunmen attacked the building of the Iranian parliament on Wednesday morning. Two of them was captured and one of the attackers blew himself up inside the building.

"Five of the arrested terrorists earlier left Iran and conducted terrorist activity in Raqqa and Mosul. Last year, they returned to the country under the leadership of the commander, Abu Aish, to carry out terrorist attacks in the holy places of Iran," a statement by the Iranian Security Ministry obtained by Sputnik said.

"The [Iranian] security services eliminated Abu Aish, else, left Iran in fear. Then, part of them returned and committed yesterday's attacks."

Moreover, a woman rom southern regions of Iran who had supposedly helped terrorists was detained. "She helped others, sent them to their missions after the start of the attacks, a member of the Iranian committee of national security of the parliament told Mehr news agency.

© AFP 2021 / Hossein MERSADI / FARS NEWS
Saudi Arabia Behind Deadly Attacks in Tehran - Iran's Revolutionary Guards
The total number of detained suspects in the attacks has been unknown so far.

Earlier in the day it was reported that the number of casualties from the twin attacks in the Iranian capital on Wednesday has grown from 16 to 17 people dead.