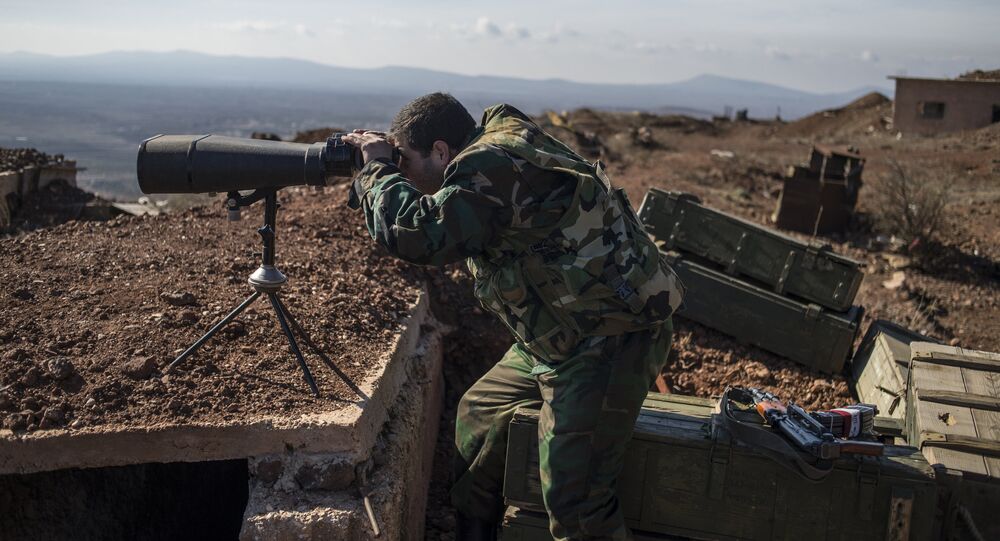 The Russian Defense Ministry assesses the situation in the four de-escalation zones in Syria as stable.

MOSCOW (Sputnik) — The situation in Syria's safe zones is stable, with 10 ceasefire violations registered in the last 24 hours by Russia and one more — by Turkey, the Russian Defense Ministry said on Monday.

"The situation in the de-escalation zones is assessed as stable. Within last 24 hours, the Russian party of the Russia-Turkey Commission on violations of the Joint Agreement has registered 10 cases of firing in the provinces of Damascus (6), Daraa (2), Latakia (1), and Quneitra (1). The Turkish party has registered 1 case of ceasefire violation in the province of Daraa," the ministry said in its bulletin on the implementation of de-escalation zones memorandum adopted at the latest round of Astana talks.

The ministry pointed out that most firing incidents had been registered in the areas controlled by Daesh and al-Nusra Front (Jabhat Fatal al Sham) terror groups, both outlawed in Russia.

The Russian Defense Ministry also said that a ceasefire agreement was signed between the Syrian government and the settlement of Dibin in the As-Suwayda province.

"Total number of inhabited areas, the leaders of which had signed reconciliation agreements is 1,515. Negotiations on joining ceasefire regime have been continued with field commanders of detachments of armed opposition in the Aleppo, Damascus, Homs, Hama, and Quneitra provinces," the bulletin said.

The number of armed formations that claim to observe the ceasefire regime is 219.

© REUTERS / Omar Sanadiki
Three-Dimensional Chess Set: How Realistic is Syria's De-Escalation Zone Plan?
The Syrian civil war has been raging for six years, with government forces fighting against both Syrian opposition groups who strive to overthrow President Bashar Assad, and numerous extremist and terrorist groups such as the Islamic State and Jabhat Fatah al Sham.

At the Astana meeting on Syria on May 3-4, three ceasefire guarantor states finalized and signed a memorandum on establishment of four safe zones in Syria. The four zones span the northwestern Idlib province and parts of the neighboring Latakia, Hama and Aleppo, the north of the central Homs province, Eastern Ghouta near Damascus, as well as southern Daraa and Quneitra regions. The memorandum came into force on May 6.

Leaders of Egypt, Jordan Back Establishment of De-Escalation Zones in Syria