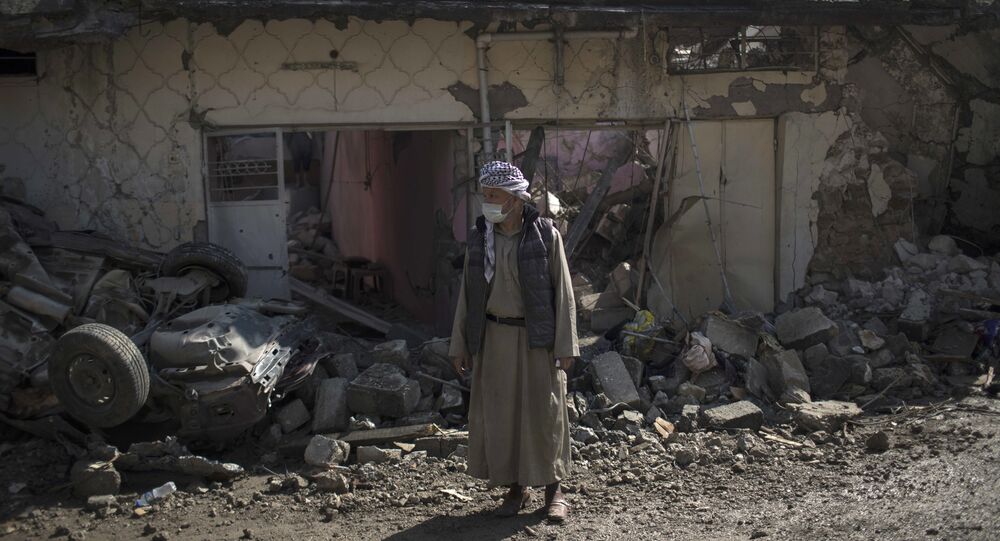 Gen. Bashar Mustafa, member of Iraqi joint commission on aiding and accepting refugees, stated that over 250,000 refugees from western Mosul have been accommodated at the camps.

“Over 250,000 refugees from western Mosul have been accommodated at the camps by now. We expect arrival of 120,000 people more,” he said.

According to Mustafa, several thousand refugees arrive at the camps every day. He added that there were more than 20 refugee camps in the province of Nineveh as well as Iraqi Kurdistan.

© AP Photo / Felipe Dana
Two Daesh Commanders From Russia Eliminated in Iraqi Mosul - Reports
On Friday, Mosul municipality chief Abdul Sattar Habbo told Sputnik that up to 500,000 people had fled Mosul since the start of the battle for the city while on Tuesday, the International Organization for Migration (IOM) said in a statement that cumulatively more than 367,000 individuals had been displaced by Mosul operations.

Iraqi President Fuad Masum told Sputnik in March that the humanitarian situation in Mosul was catastrophic, however, it would not be "sensible" to leave the city to terrorists.