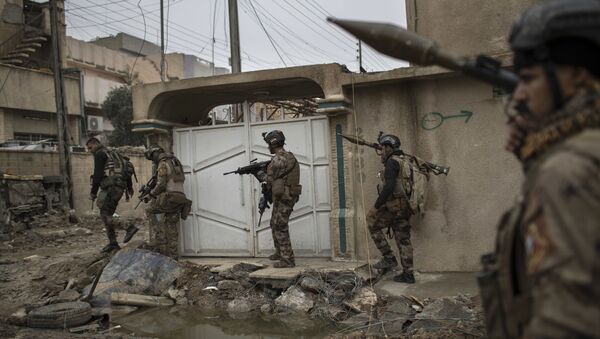 Special anti-terror forces of Iraq liberated the Matahin district in the western part of Mosul from the Daesh terrorists, according to Lt. Gen. Abdul-Amir Yarallah, the chief of the Iraqi Joint Operations Command.

"Terrorists have sustained huge losses" in the fighting for the Matahin district, Yarallah said as quoted in the statement.

Iraqi forces are currently advancing in Mosul, the key stronghold of the Daesh in Iraq. The operation began in October 2016 and led to the liberation of Mosul’s eastern part this January. Fighting continues in the city's western part.