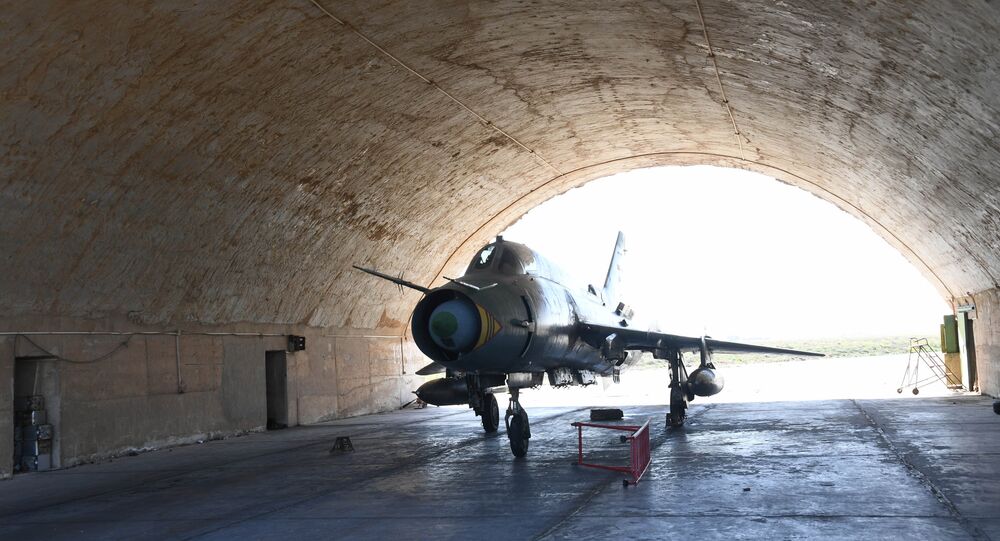 The Syrian military airfield near Ash Sha’irat is working in a normal way, a senior Syrian officer told Sputnik on Saturday.

ASH SHA'IRAT (Sputnik) — The Syrian military airfield near Syria's village of Ash Sha’irat, located in the vicinity of the Homs, which was attacked by US missiles on Thursday night, is operating in a normal mode, a senior Syrian officer told Sputnik on Saturday.

"The airfield is functioning in a normal mode. The aircraft are fulfilling tasks and carry out military flights, striking terrorists," the officer said.

© AP Photo / Alex Brandon
US Attack in Syria Proves US is 'the Most Unpredictable State in World', Result of 'Wars of Elites' - Moscow
A Sputnik correspondent confirmed earlier in the day that aircraft departed and returned to the airfield, adding that some planes were currently undergoing technical check at the base.

On Thursday night, the United States launched 59 Tomahawk cruise missiles at the Syrian military airfield in Ash Sha’irat, located about 25 miles from the city of Homs. Trump said the attack was a response to the alleged chemical weapon use in Syria's Idlib on Tuesday, which Washington blames on the Syrian government.