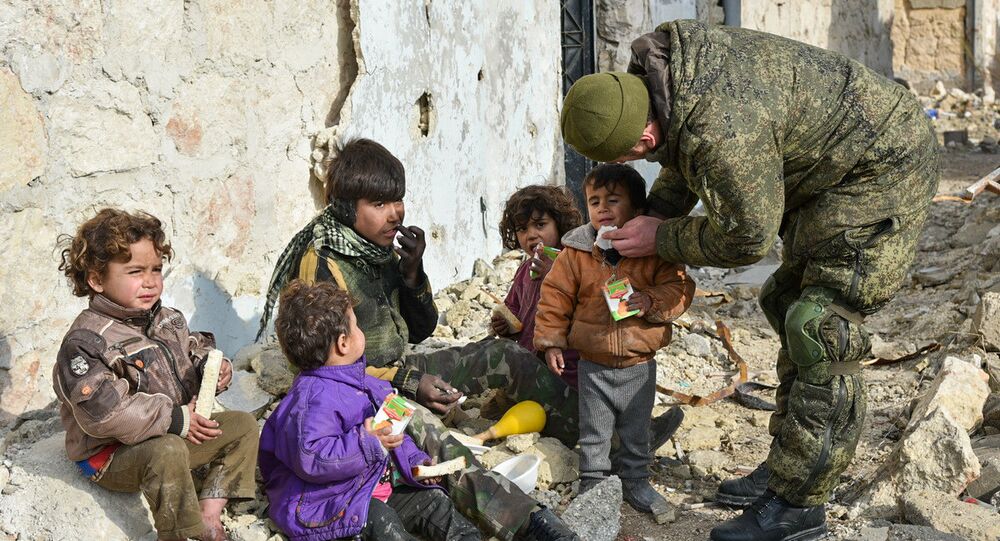 Moscow positively influences developments in the region thanks to maintaining good contacts with other players, a Syrian politician observed.

MOSCOW (Sputnik) — Moscow positively influences the search for political solution to the crisis in Syria because it has good relations with key players in the settlement, such as Iran, Turkey, the United States and the Syrian opposition, Hassan Sakr, the head of foreign affairs at the Syrian Social Nationalist Party (SSNP) in Lebanon, said on Tuesday.

"Russia plays a key role in our region. This role is very positive for a political settlement of the conflict [in Syria], the role is very big for defeating terrorism," Sakr said during a press conference in Moscow.

He added that this influence was due to good diplomatic ties Russia had with all key players in settling the conflict.

"Russia has certain relations with the opposition, Russia has good relations with Iran and Turkey, the United States, this stance enables Russia to play a really effective role in the region," Sakr explained.

Russia along with Turkey and Iran brokered three rounds of talks on Syrian settlement in Kazakhstan's capital of Astana. During the talks, the participants agreed to set up a ceasefire monitoring group, among other issues.

© Photo : VK/naumova_maryana
'The Terrorists Got Kicked Out': World's Strongest Girl Takes Tour to Syria (PHOTOS)
The next meeting on Syria in Astana is expected to take place in early May.

Since September 2015 Russian aerospace forces have been carrying out airstrikes in Syria targeted at terrorist positions at the request of Syrian President Bashar Assad. In March 2016, the biggest part of Russian air forces left Syria in line with the decision of Russian President Vladimir Putin, following successful task fulfillment.

Putin announced in December that the Syrian government and armed opposition groups had reached an agreement on a nationwide ceasefire in Syria and on readiness to start peace talks.

Russia Registers 13 Ceasefire Violations in Syria in Past 24 Hours