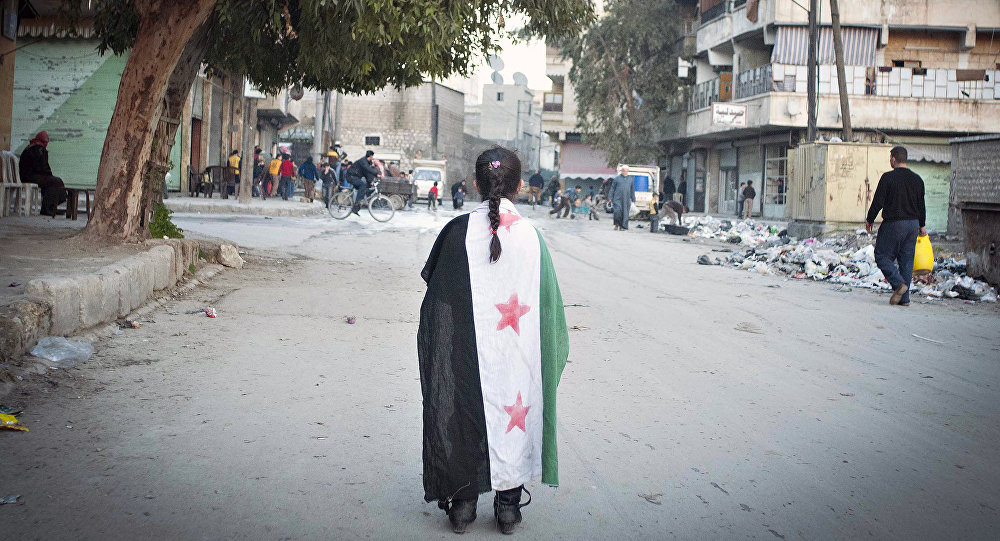 Batool was 14 years old when terrorists shot her father right before her eyes and she herself was taken prisoner along with her relatives and fellow villagers. Now, three and a half years later, Batool is free but she recalls with fear her time as a prisoner. 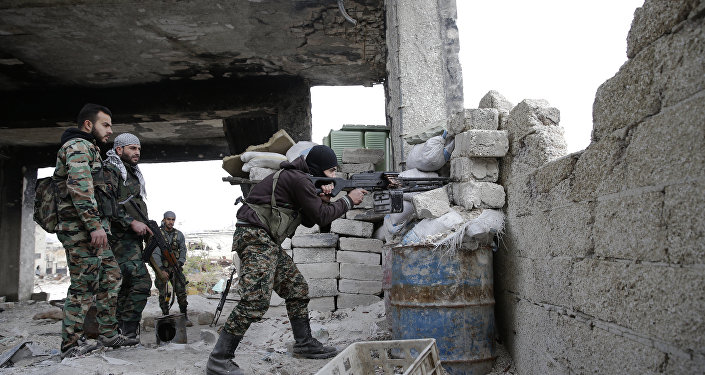 © AP Photo / Hassan Ammar
Syrian Army Hunts Down Terrorists Who Entered Latakia (VIDEO)
In August 2013, in a village located west of the Syrian province of Latakia four terrorists stormed Batool’s house and murdered her father in cold blood in front of her eyes as the family was hiding in their backyard.

After that, the terrorists dragged her mother and children into the house and locked them up. That day Batool’s life changed. She and her family were held captive for the next three years.

Other women and children from the village were dragged into their house and locked up with them. The once peaceful home, where Batool spent her childhood, was suddenly turned into a kind of torture chamber overnight.

The prisoners could be killed at any moment if they upset the terrorists somehow and there were occasions when they were killed for no reason at all. “Our house was filled with blood,” the girl recalls.

When the Syrian army was on the offensive, the prisoners were relocated. “Our guards were the militants of the Free Syrian Army but they received instructions from al-Nusra Front,” Batool said.

She was living in captivity with the rest of her family, her mother and two younger sisters, who, at that time, were 8 and 11 years old, respectively.

In the places where they were held all the windows were always boarded up. “We did not see the sun, I dreamed of glimpsing the sun even if only for just five minutes,” Batool said, recalling the perpetual semi-darkness in which they all lived. 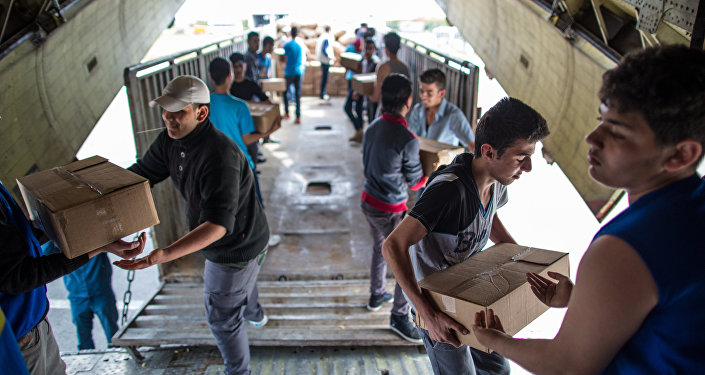 © Sputnik / Andrey Stenin
Over 4,300 Syrians Received Aid in Aleppo, Latakia in Past 24 Hours - Russian Ministry
Today Batool is free from the terrorists, but she is still a captive of her traumas and fears. She cannot get the disturbing image of the terrorists out of her mind. She remembers their evilness vividly and due to that she is scared to go alone into the street and only steps outside with her uncle by her side.

After Batool and her family were rescued, she ended up in hospital. “I was taken to the hospital and they transfused four packs of blood into me as I suffered from fatigue and malnutrition,” the girl said.

During the first days after returning to normal life, she kept the curtains drawn in her home, as she feared that the terrorists would come again.

“They threatened that we would be captured again if we talked about our time in captivity,” Batool concluded.

Hundreds of others like Batool faced the same terrible ordeal at the hands of Daesh before the Syrian army liberated their villages and towns.

About 66,000 People Displaced as Result of Recent Fighting in N Syria – OCHA