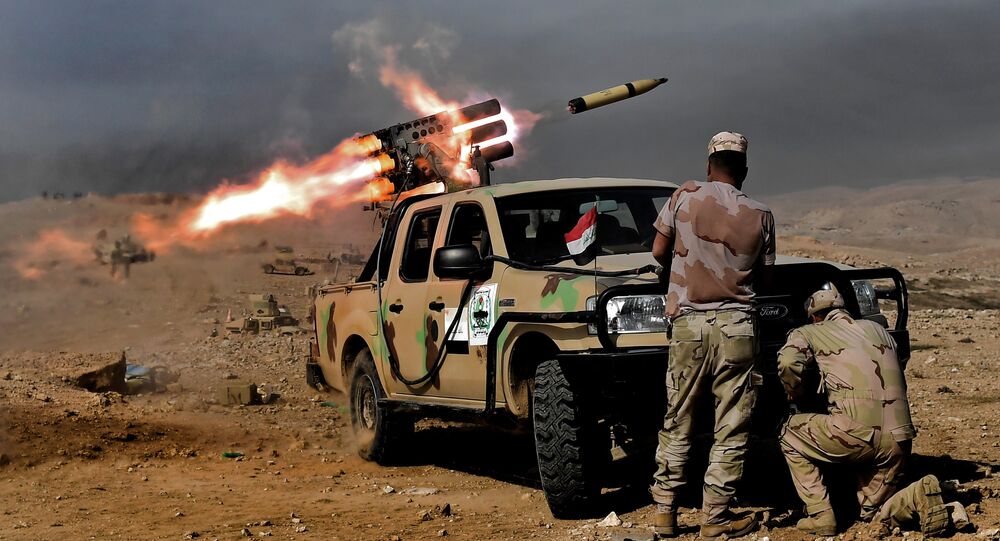 The Operation Inherent Resolve commander noted that the tactic has proven to be effective because it overwhelms the enemy.

"They’ve began breaching into the outskirts of the city with the Iraqi Counterterrorism Service, Federal Police and Army moving along three axes of advance," Townsend told reporters.

The general noted that the tactic has proven to be effective because it overwhelms the enemy.

"We expect very tough fighting as the Iraqis move deeper into the dense urban terrain of west Mosul," Townsend added.

The commander explained that Daesh has been preparing for the battle for some time and has created obstacles on the streets to slow down the advance.

"We strike these barriers with our precision fires to help the Iraqis advance," Townsend said.

The operation to liberate Mosul from Daesh terrorists, outlawed in many countries, including Russia, began on October 17, 2016. Iraqi troops have managed to advance in the eastern part of the city, but the western part — on the right bank of the Tigris River — remains under militant control.