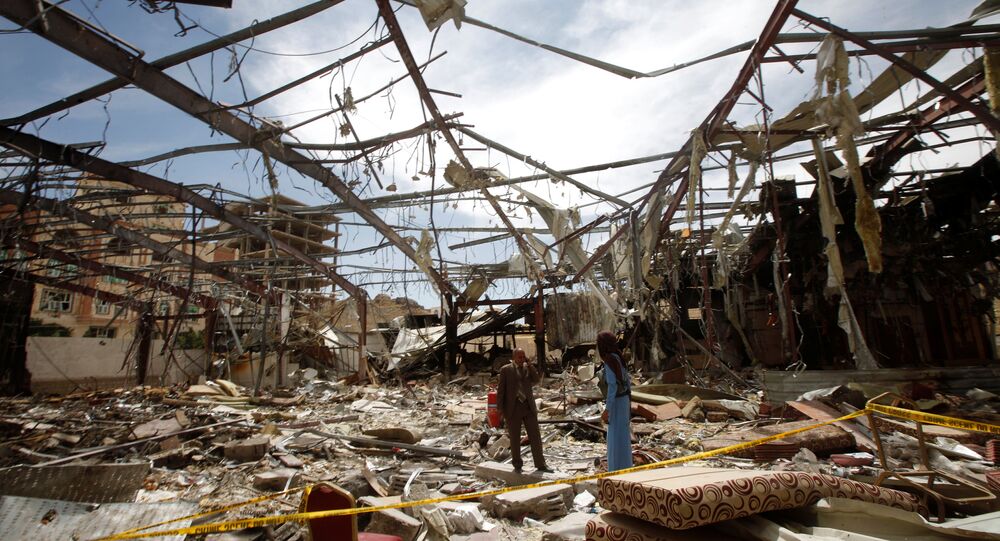 The issue of the United States selling arms to Saudi Arabia that it uses in the conflict in Yemen is a bilateral one between Washington and Riyadh, Yemen’s permanent representative to the United Nations Khaled Hussein Alyemany told Sputnik on Monday.

© REUTERS / Abduljabbar Zeyad
Yemeni Envoy to UN Ready to Go to Russia if Invited to Discuss Country’s Conflict
WASHINGTON (Sputnik) — When asked whether the United States should continue to sell bombs to Saudi Arabia, Alyemany stated, "This is a bilateral issue with the Saudis."

Riyadh leads a coalition of mostly Gulf Arab states that is waging an air campaign against Houthi rebels in Yemen since the beginning of the conflict in the spring of 2015.

Alyemany noted that investigations on violations of international law in Yemen are being conducted by the country’s government as well as the Saudi-led coalition.

"The coalition itself recognized that they made a mistake in the funeral bombardment. If you accept that it’s your mistake that’s in international law that recognizing the mistake is part of the solution of that," Alyemany said.

On December 13, media reports emerged that the US government planned to halt some arms sales to Saudi Arabia because of concerns about a rising number of civilian casualties in Yemen.

Since March 2015, a Saudi-led coalition including Arab countries has been carrying out airstrikes against Houthi positions at the request of Hadi.