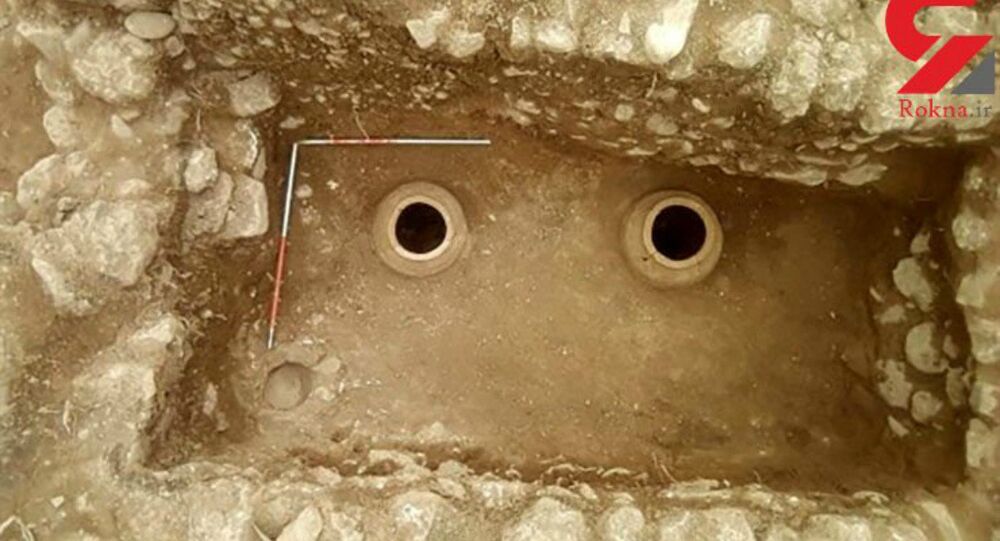 Archeologists in western Iran have discovered a treasure trove of ancient artifacts, including the remains of an extremely tall man who lived more than 1,500 years ago.

© Flickr / Lwp Kommunikáció
Superman, is That You? Russian Scientists Find 13kg of Extraterrestrial Material in Iranian Desert
Archeologists excavating a site in the Iranian province of Lorestan have discovered a load of historically important artefacts dating back thousands of years.

The most exciting discovery is the remains of a very tall man, believed to be two meters tall, who lived during the Sasanian Empire, which ruled from approximately 224 AD until 651 AD, when was conquered by the Islamic Caliphate.

Archeologists also found artefacts dating back to the Achaemenid Empire, which existed from approximately 550 BC until its demise at the hands of Alexander the Great in 330 BC, and the Parthian Empire of c. 250 BC – 224 AD.

"In the course of recent excavation in the Chia Sabz area of Lorestan province, we found objects dating back to the Achaemenid Empire," chief archeologist Ata Hasanpour told Mehr News Agency.

​Items dating back to the Achaemenid Empire, also known as the First Persian Empire, include plates, ceramic bowls, painted vessels, stamped ornaments and coins, and stone tools. They are the first artefacts from the period to be found in the province of Lorestan.

"In the north of the Chia Sabz area we found the grave of an elderly man. It consists of four clay walls, covered with a large stone slab," Hasanpour said.

© AP Photo / Fred Ernst, File
Iranian Woman Gives Birth to Record-Oldest Embryo After 14 Years of Preservation
"We found a lot of ceramic items of the Sasanian Empire close to the burial site, but we can only give them a more exact date after radiocarbon analysis."

"In the final days of the excavation, we managed to find a storeroom with two vessels for storing food. The contents of the vessels have been sent to a laboratory for further investigations," he said. It is believed the room dates back to the Parthian Empire.

During their dig, the archeologists have also uncovered two columns, which they believe formed part of an ancient ceremonial hall.