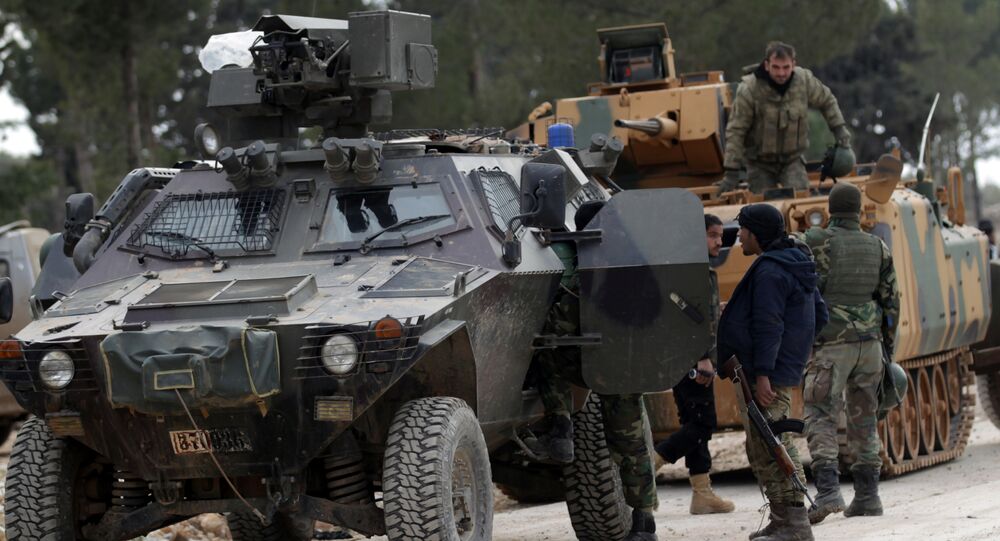 The advance of the Syrian army on Daesh positions in the east of Aleppo province caught the terrorists by surprise. Sputnik Arabic reports that the Syrian infantry successfully overcame three barrier boundaries which were put up by Daesh on the outskirts of al-Bab.

© REUTERS / Khalil Ashawi
War on Daesh Rages On: Syrian Army, Turkish Troops Enter Outskirts of al-Bab, Syria
According to a military source, the Syrian infantry from Hanaser is closing in on Lake Assad reservoir. Meanwhile, other army units are heading in from Tayara village towards al-Bab through the western front.

In addition, part of the troops are coming in from Kweiris airbase in order to enter into an open confrontation with the terrorists.

According to the military source, the operation was carried out quickly and showed a good coordinated operation between air and ground forces.

In a tactical maneuver the Syrian infantry also managed to attack the enemy from the rear. As a result, dozens of villages were liberated and hundreds of terrorists were destroyed.

After combined efforts, the army managed to achieve a number of set targets. The militants in the town of al-Bab have been surrounded and the strategic road of Hanaser has been secured.

© AFP 2021 / GEORGE OURFALIAN
Syrian Army Annihilates Senior Daesh Commanders in Deir ez-Zor
This road connects the north and east of Syria allowing the troops to come close to Lake Assad reservoir, which is the main source of water for residents of Aleppo.

The operation to liberate the town of al-Bab and take control of the strategic road between the north and east of the country began 23 days ago.