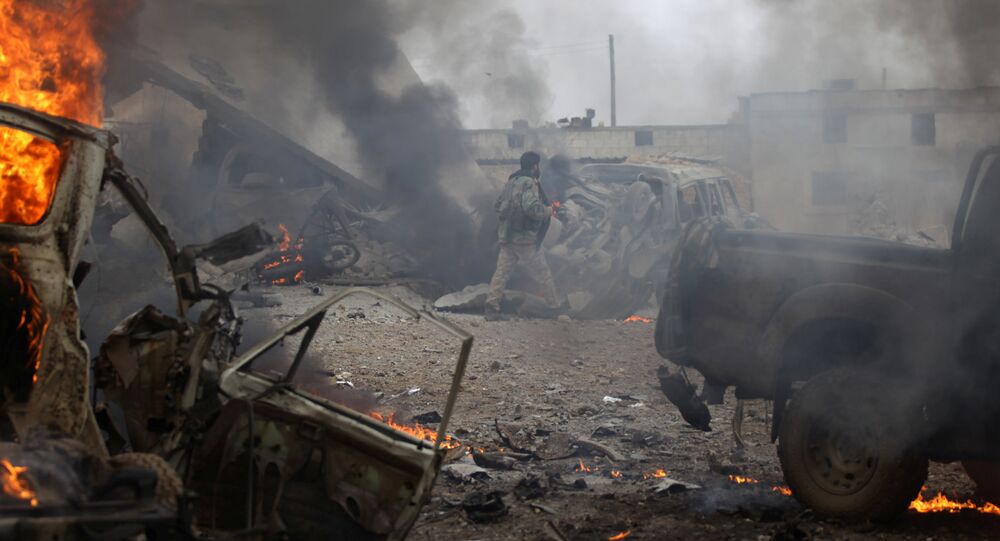 Turkish Defense Minister Fikri Isik stated that it is still early to say that the Daesh terrorists are retreating from the northern Syrian city of al-Bab.

© Photo : JSC Sukhoi Company
Russia, Turkey Exchange Intel Data, Jointly Bomb Daesh in Syria's Al-Bab
ANKARA (Sputnik) – It is too early to speak about retreat of the Islamic State (ISIL or Daesh) terrorists from the northern Syrian city of al-Bab as they are still active in the city, Turkish Defense Minister Fikri Isik said on Sunday.

On Saturday, Turkish media reported, citing military sources, that the Daesh militants started to leave their positions in al-Bab.

"The operation aimed at liberation of Syria’s al-Bab from IS terrorists continues as planned. However, we slowed down [the offensive] in order to prevent civilian losses. That is the most important issue. It is still early to say that IS is retreating, but there is some kind of activity. Sometimes terrorists change their positions," Isik said, as quoted by the Anadolu news agency.

© REUTERS / Khalil Ashawi
Get Out! Daesh to Leave Syria's al-Bab Amid Turkish Offensive
In August 2016, the Turkish army launched Operation Euphrates Shield against the Daesh, which is outlawed in Russia and numerous other countries around the world.

Turkish forces, along with Syrian opposition forces, have occupied the city of Jarabulus in northern Syria and are currently carrying out an offensive on a strategic city of Al Bab to drive Daesh fighters out.