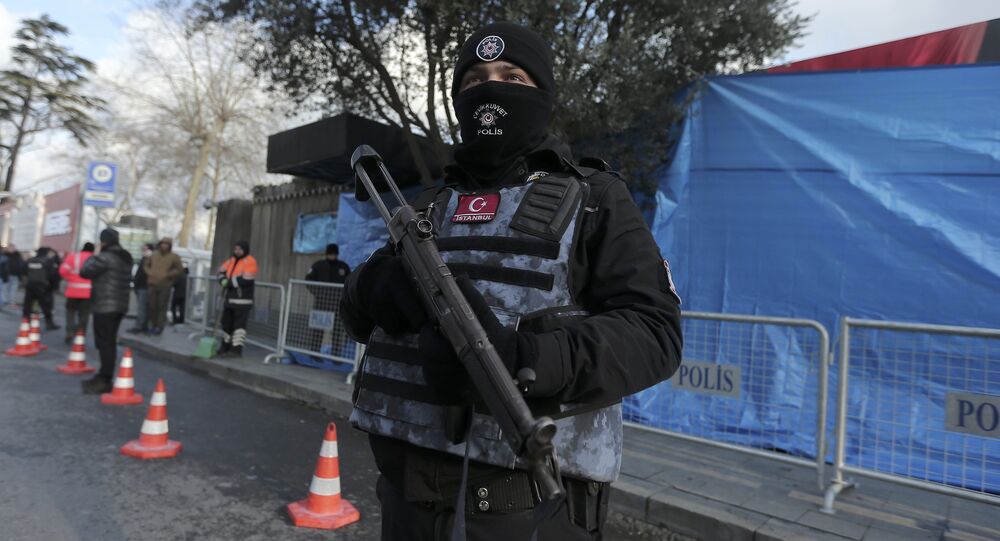 Turkish authorities have arrested two ethnic-Uighur Chinese nationals for suspected links to the deadly mass shooting at an Istanbul nightclub in the early hours of New Year's Day.

The Middle East Eye names the two suspects as Omar Asim and Abuliezi Abuduhamiti, both Chinese citizens. They are accused of being part of an armed terrorist organization and being accomplices in 39 counts of murder, according to the state-run Anadolu Agency.

A witness in the city of Konya reported seeing Asim with the Reina nightclub attacker, Anadolu reported. The name of the attacker has not been released.

In the days after the attack, Turkish media reported that the perpetrator, who remains at large, was from Kyrgyzstan, and circulated a photo of a Kyrgyz or Uzbek man they said was responsible. Kyrgyz authorities report that they have since cleared the individual.

Later, Turkish authorities said instead the man who murdered dozens at the posh club was probably Uighur and that they were looking into the possibility of a Central Asian terrorist cell operating out of Konya, according to Turkey's Hurriyet News Agency.

The Uighurs are a mostly-Muslim, Turkic ethnic group who live primarily in western China and have a presence across Central Asia.

Some 35 people have been detained in connection with the attack. Daesh has taken responsibility for the mass murder, which they called retaliation for Turkey's military activities in Syria.