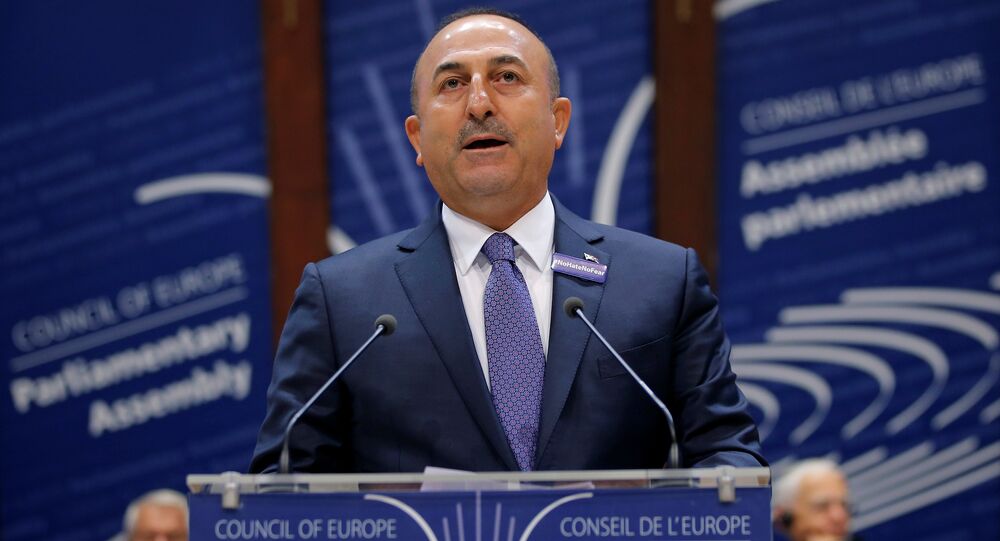 Foreign Minister said that Turkey is ready to serve as a guarantor of a ceasefire in Syria alongside Russia and hopes to see the nationwide truce by year-end.

© AP Photo / Hassan Ammar
Russia-Turkey-Iran Brokered Agreement on Syria Brings US' Ploys to Naught
ANKARA (Sputnik) – Turkey is ready to serve as a guarantor of a ceasefire in Syria alongside Russia and hopes to see the nationwide truce by year-end, Turkish Foreign Minister Mevlut Cavusoglu said Thursday.

"Ankara seeks to establish a comprehensive ceasefire in Syria before the end of the year. We are ready to work with Russia to act as guarantors of the armistice," Cavusoglu said in an interview with Turkey's A Haber broadcaster.

He added that all foreign armed groups, including the Shiite Hezbollah movement, should leave Syria.

On December 20, the Russian, Iranian and Turkish foreign ministers met in Moscow. They emphasized the importance of expanding the ceasefire regime in Syria and announced their willingness to broker a future agreement between Damascus and the opposition.

Cavusoglu said Wednesday that the ceasefire deal in Syria could take effect "at any moment" after Turkish media cited unnamed sources as saying that Russia and Turkey had a reached the framework of the agreement.