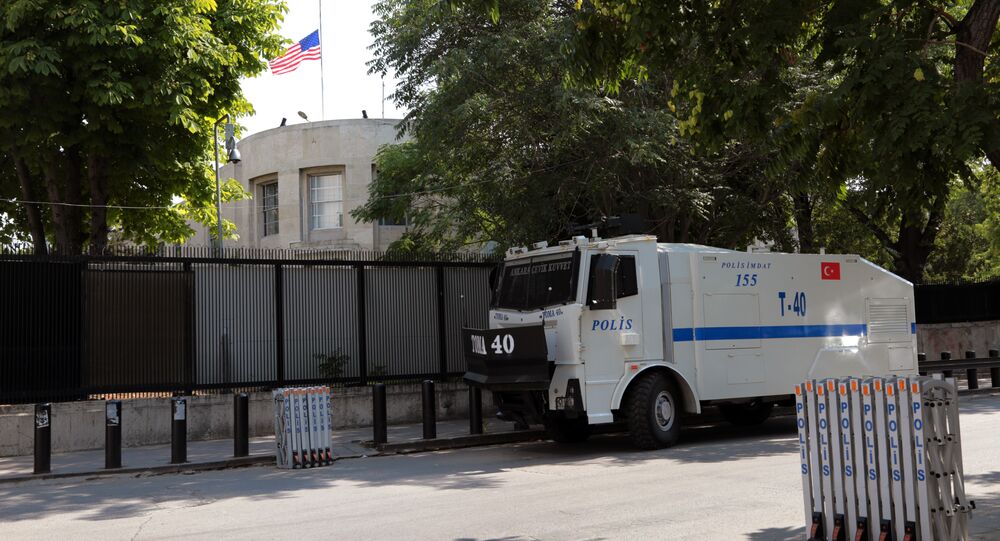 US Urges Turkey Amid ‘Aggressive Efforts’ of Extremist Groups - Embassy

US citizens in Turkey should be attentive at public gatherings due to high terrorist threat in the country, the US Embassy in Turkey said in a security message on Thursday.

© AFP 2020 / ADEM ALTAN
Turkey Should be Kicked Out of NATO Over Support of Extremism - NGO
WASHINGTON (Sputnik) — US citizens in Turkey should exercise caution at public gatherings since terrorist groups are actively seeking opportunities for attacks in the country, the US Embassy in Turkey said in a security message on Thursday.

"US Mission Turkey reminds US citizens that extremist groups are continuing aggressive efforts to conduct attacks throughout Turkey in areas where US citizens and expatriates reside or frequent," the message stated.

The US Embassy in Ankara and the consulates in Istanbul and Adana limited their operations this week following the assassination of Russia's ambassador to Turkey and the arrest of a man who reportedly fired shots outside the US mission in Ankara on Monday.

Russian Ambassador to Turkey Andrey Karlov was shot and killed Monday during a photo exhibition opening in Ankara. Three other people were also injured in the attack.

'Threat to Our State': Germany Worried Over Rise in Reichsbuerger Movement