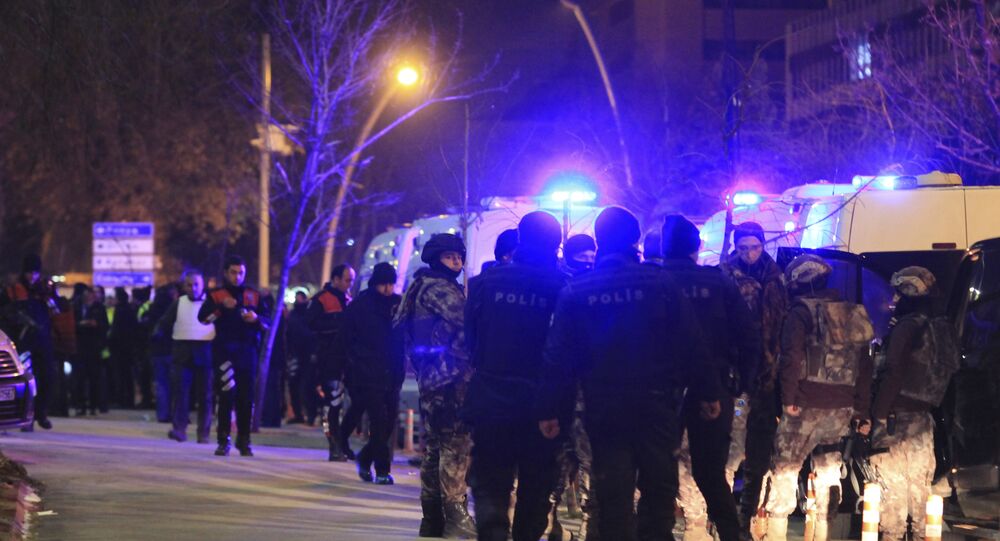 The assassination of the Russian ambassador to Turkey, Andrey Karlov, is likely to have been designed to undermine the efforts toward the Syrian settlement ahead of the Russia-Iran-Turkey talks, Zeynep Jane Louise Kandur, a member of Turkey's ruling AKP party Istanbul administration, told Sputnik on Tuesday.

MOSCOW (Sputnik) — Karlov was killed by a gunman at an art gallery exhibition opening in Ankara on Monday. Three other people were also injured in the attack. The Russian Foreign Ministry called the incident an act of terrorism.

"Coming just days before talks between Turkey, Iran and Russia, it [Karlov's assassination] seems that it was designed to block any understanding, any attempts to work together," Kandur said.

She added that the cruel murder of Andrey Karlov was a true tragedy adding that the diplomat was in Turkey through some of the most difficult times Russia and Turkey have gone through in recent years.

"It is incredibly sad, frustrating and tragic that Turkey is a scene of so much provocation and terror activities. But when these activities spread through Turkey and affect countries with whom Turkey wants to have positive relations, it is even more tragic," Kandur pointed out.

The attack came just a day before Turkish, Russian and Iranian foreign ministers were due to meet in Moscow to discuss settling the Syrian conflict. The sides decided to press on with the meeting despite the attack with Turkish Foreign Minister Mevlut Cavusoglu stressing that the incident would not impact relations between Turkey and Russia.