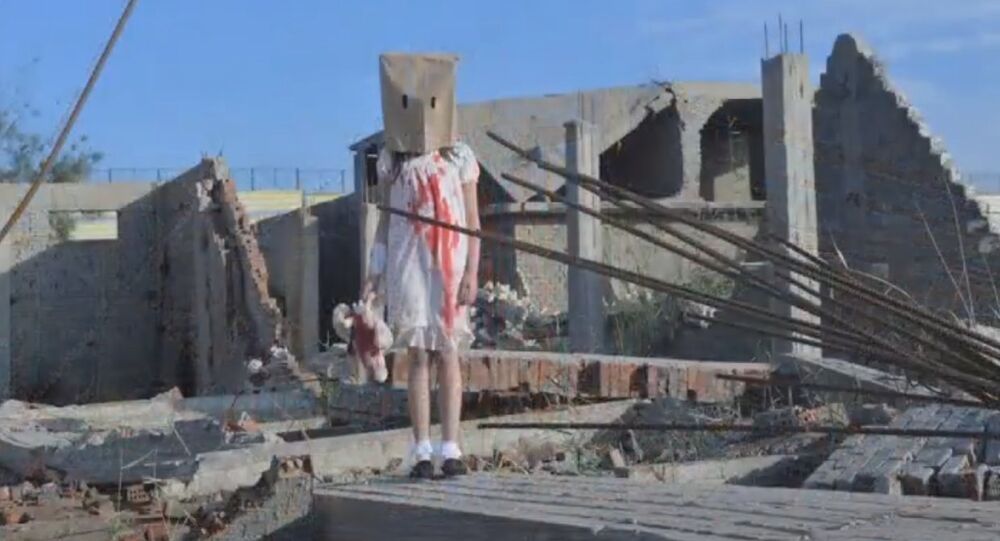 This is why you should double-check any media reports involving images of "wounded children" in Syria. The Egyptian police have prevented another fake story from appearing on your screens. Watch how those fakes are crafted.

CAIRO (Sputnik) — Egypt's police detained a man for making staged "wounded children" photos, which he was planning to use to misrepresent on social media as photos of destruction and injured people in Syria's Aleppo, the Egyptian Interior Ministry said on Monday.

"The shooting team, which included photographer's assistants and parents of the children, was detained in the Egypt's province of Port Said," the Ministry said on Facebook.

© AFP 2021 / Thaer Mohammed
Aleppo Twitter Girl Bana Is the 'Ultimate Propaganda Stunt' - Syrian Activist
According to the Ministry, the police witnessed the shooting process, which was taking place near the vestiges of a building destroyed as illegal under the decision of the local authorities. A girl standing in a white dress covered in "blood" that later proved to be paint drew attention of a police officer driving by. The girl held a teddy bear covered in the same "blood" and had her arm "bandaged".

The photographer reportedly admitted that he was going to publish these photos on social media as pictures of Aleppo.